It’s not that we were thinking Asus would give up creating a tablet of its own, thus when the company’s CEO, Jonney Shih, speaks about a “killer product” due to go out in June, this is where our wild imagination begins to work extra hours and starts wondering about possible outcomes. Although it’s claimed to be yet “another Apple” (the iPad is scheduled to debut next month), it is said to support open source code and to include ARM hardware and Google software within. Pegatron, a separate division of Asus apparently received the manufacturing responsibility for this enigmatic tablet (Eee Pad?), and if we’d try to be just a little speculative here, it would probably boast Nvidia’s Tegra 2 for the graphics and run Android for the OS, under $500 price tag. Stay tuned.

Update: More Eee Pad rumors coming out, ahead of release, this time from Asus’s chairman Jonney Shih who has officially confirmed a duo set of Taiwanese tablets, coming out somewhere this year, one with a Windows OS on top and the other running Google’s android/Chrome platform. No further info at this point, but stick around for more details to come. 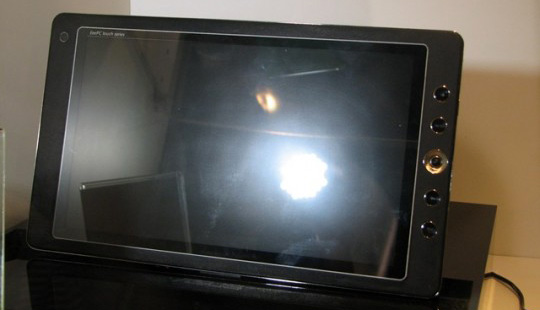