Given the fact it has a long stretched body design and a brushed metal cover, one may think that Cowon has jumped on the mobile bandwagon and released a new nifty smartphone to the already crowded pond – but it hasn’t – as you can learn from the company’s official announcement that recently released. So what exactly is that craft you ask? A new PMP device (yes, they still create this things nowadays) which carries the name J3, and packs a 3.3-inch 480 x 272 AMOLED touchscreen, along a built-in accelerometer, integrated Bluetooth, a TV output, and 4, 8, or 16GB of storage capacities at your choice. At this point, both price and availability are yet to be determined, although some tech junkies would swear in god that this bad boy player will presumably go out live in no time period.

Update1: Prices in South Korea are likely to range between 189,000 and 359,000 Won or somewhere around $165 to $315 in US currency. Still no tangible indication for a western debut schedule. stay tuned.

Update2: Apparently, US consumers can now order themselves a Cowon J3 PMP device for $199.99 (8GB) or $239.99 (16GB). It comes with a 3.3-inch capacitive touchscreen panel, you know. Not to mention the integrated accelerometer, microSD expansion, Bluetooth, TV output and other goodies to make you want it, except one – there’s no WiFi, and for $199 an iPod Touch will do the work just fine.

Update4: We’ve added a quick preview video after the break, courtesy of Generationmp3. 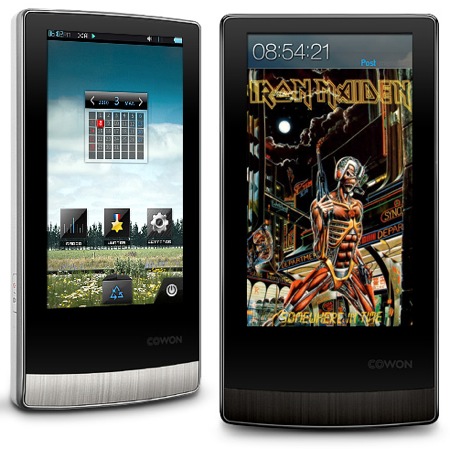