Well folks, looks like Redmond has just released the latest Zune HD firmware update v4.5 to the pond, which adds some cool features to your portable Microsoft multimedia players, including Smart DJ mix that will let you do exactly what Apple’s iTunes Genius does, personalized recommendations, TV Marketplace support, and more video codec support such as Xvid files and MPEG-4 part 2 format. Like always, plug your Zune HD player to the Zune PC software and get this latest update right away.

Update: Apparently, the Zune HD (and probably previous Zune players as well) just got hacked – for real! So now, you literally have access to Microsoft’s XNA game development platform, which means you can practically load inside everything you’ve ever dreamed about, including games, apps, fun emulators to play with and more. But that’s not all, because according to Zuneboards a group of hackers has just released what they call the OpenZDK toolkit that allegedly, lets you develop lots of stuff for the Zune through their software. In other words, get ready for a whole new range of games and apps withing this exciting sphere. 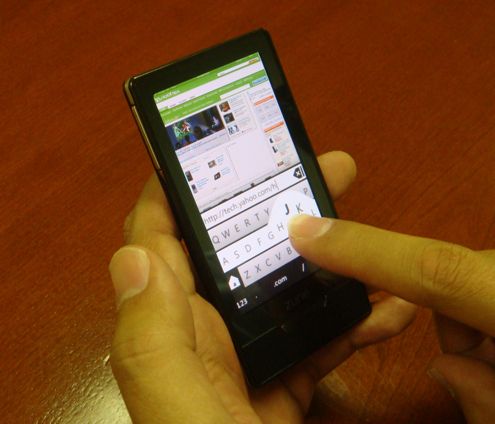