iPhone 4G Gets Dissected For The Masses

Apple has officially filed a claim to receive its lost/stolen gem – and apparently, got it back. But before retaking possession, it looks like Gizmodo guys have managed to put the fourth-gen iPhone through a non-intrusive dismantling process in order to make us believe the gorgeous piece of craft they were holding in their hands is not just another Cupertino knock-off, but the real thing. And judging by their findings, they were probably right on spot. In general, there’s not much info to share at this point (no one wanted to cause further damage to the phone), still we find it fascinating to have a very early opportunity to take a closer look at what we may be seeing take center stage this summer – the iPhone 4G. Regretfully, the juicy parts of Apple’s next phone were hidden well behind a tight metal plate, so for the time being, there is no detailed information about the work of those sections, and it can hardly be expected that significant components will soon be available across the blogsphere (it would be for iFixit guys to unveil them). Still, without a concrete info, one might assume it would probably include this A4 processor (like the iPad’s), paired with the double sized 5.25 WHr at 3.7V battery which we’ve already had a chance to learn about before. One thing’s for sure, it took Giz ages, and between 40 to 50 screws to be able to open this crank, so pay them a courtesy visit to see more of this brat. 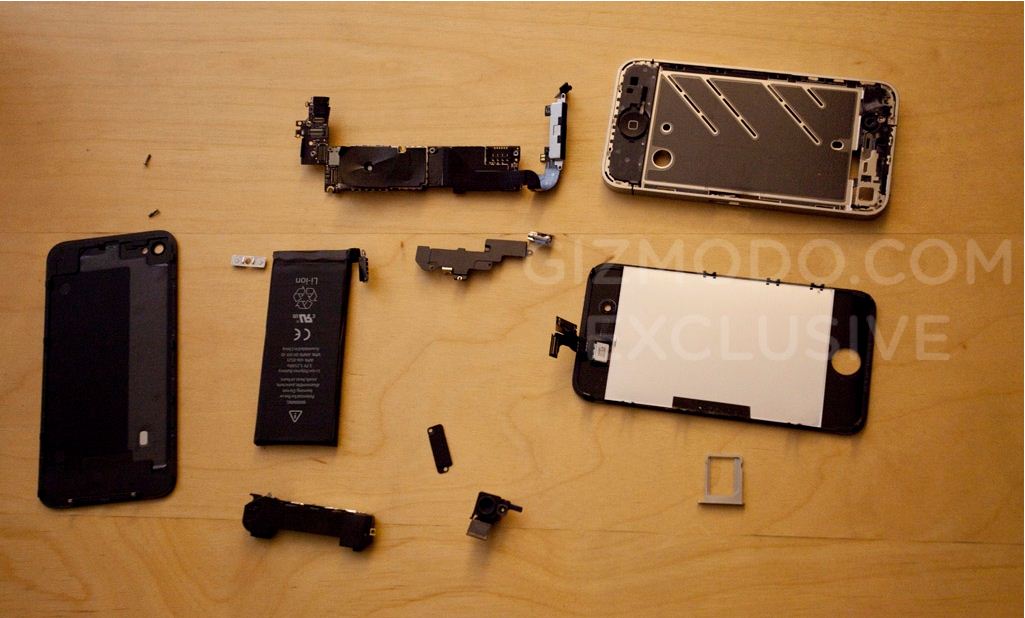