Well, hello there…what do we have in here, a new tablet from Dell? I mean don’t get us wrong here, it’s not that we haven’t heard anything about it before, but this time it gets a lot more juicy details to share. First and foremost is the name – Looking Glass – which its creator apparently chose because of the glossy 7-inch display the tablet boasts. Screen resolution, BTW, is at 800×480 pixels only, which is kind of surprising, considering that Dell’s 5-inch Streak technically packs the same numbers. Still, you can’t go wrong when it comes to an android 2.1 machine, powered by Nvidia’s powerful Tegra 2 processor, can you? And if that wasn’t enough, how about 4GB of RAM, paired with a 1.3mp camera, an optional ATSC/DVB-T TV tuner, and 4GB of internal storage, expandable up to 32GB via an SDHC slot, that Dell plans to include inside – pretty cool, isn’t it? Unfortunately it is not due out until November of this year, so right now, you’ll have to settle with the line of specs, after the break. 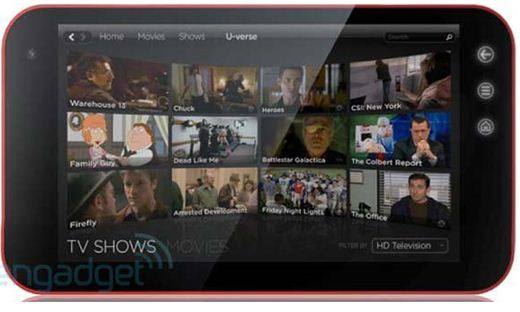 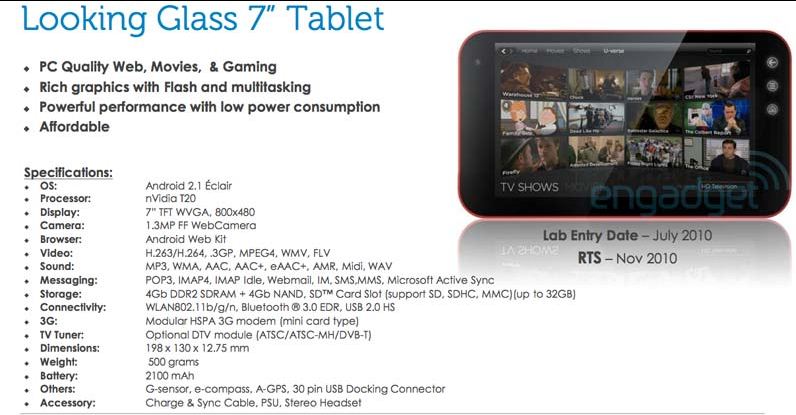