iPad Goes International On May 28

It was just a matter of time before Apple would start selling the iPad around world, and that day – If nothing unexpected happens – has finally arrived, so get your calenders out and mark May 28th as the international debut. Apple says there will be 9 countries on first round including Australia, Canada, France, Germany, Italy, Japan, Spain, Switzerland and the UK, while Austria, Belgium, Hong Kong, Ireland, Luxembourg, Mexico, Netherlands, New Zealand and Singapore will start selling Steve Jobs’ magical device in July. Checkout some of the prices:

Update: Looks like Apple’s global online stores just started taking your pre-orders, in case you live in the UK or happen to be in Australia. The rest of the stores are likely to follow in a matter of minutes/hours/days. 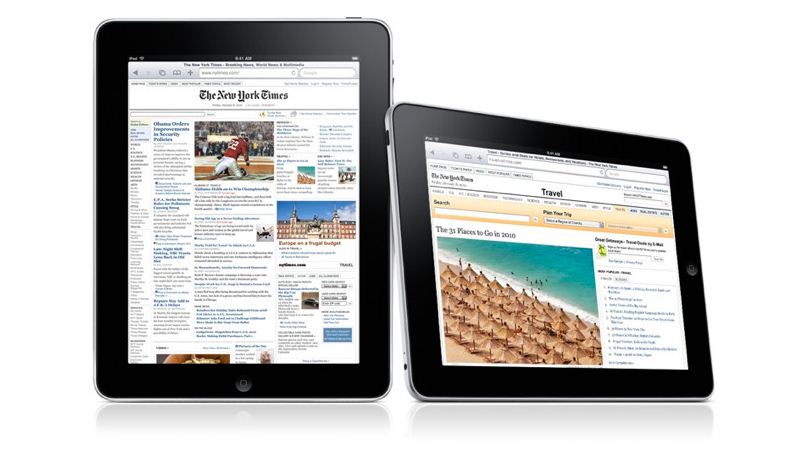 iPad Available in Nine More Countries on May 28

CUPERTINO, California-May 7, 2010-Apple® today announced that iPad™ will be available in Australia, Canada, France, Germany, Italy, Japan, Spain, Switzerland and the UK on Friday, May 28. Customers can pre-order all iPad models from Apple’s online store in all nine countries beginning on Monday, May 10. In the US, Apple has already sold over one million iPads and customers have downloaded over 12 million apps from the App Store, as well as over 1.5 million ebooks from the new iBookstore.

iPad allows users to connect with their apps and content in a more intimate, intuitive and fun way than ever before. Users can browse the web, read and send email, enjoy and share photos, watch HD videos, listen to music, play games, read ebooks and much more, all using iPad’s revolutionary Multi-Touch™ user interface. iPad is 0.5 inches thin and weighs just 1.5 pounds-thinner and lighter than any laptop or netbook-and delivers up to 10 hours of battery life.*

The App Store on iPad lets you wirelessly browse, buy and download new apps from the world’s largest app store. iPad includes 12 new innovative apps designed especially for iPad and will run almost all of the more than 200,000 apps on the App Store, including apps already purchased for your iPhone® or iPod touch®. Developers have created more than 5,000 exciting new apps designed for iPad that take advantage of its Multi-Touch interface, large screen and high-quality graphics.

Apple ignited the personal computer revolution with the Apple II, then reinvented the personal computer with the Macintosh. Apple continues to lead the industry with its award-winning computers, OS X operating system, and iLife, iWork and professional applications. Apple leads the digital music revolution with its iPods and iTunes online store, has reinvented the mobile phone with its revolutionary iPhone and App Store, and has recently introduced its magical iPad which is defining the future of mobile media and computing devices.