Though still only in the prototype stages, Fujitsu’s Windows 7 tablet looks brilliant, but rumor has it that it won’t be coming out for the next couple of months. And while details remain scarce, and screen is just a fake printed glossy sticker, all that is left to do is keep our fingers crossed and hope hope and hope.

Update: A batch of new photos indicate that Fujitsu’s upcoming tablet will probably boast WiFi, Bluetooth, one single HDMI output and 3 x USB ports. Up front, there’s some sort of a “Home” button, while top right corner is seemingly boasting this wireless “on/off” switch, along a finger prints recognition system and a “rotation lock”. Stay tuned 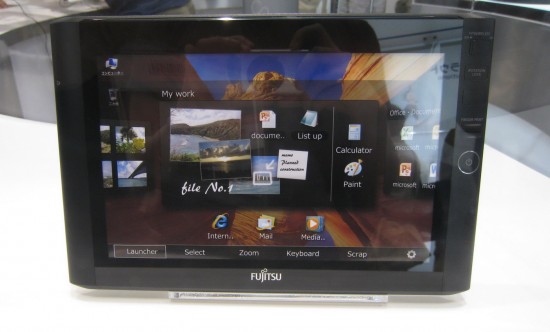