It looks like jailbreaking season has finally started folks, with Apple’s iOS 4.1 most anticipated hack tool, “Greenpois0n”, officially been announced and released to the pond. And while still available just for Microsoft Windows users at the moment (Macs should wait or use VMware/VirtualBox apps to install), this latest update, courtesy of Chronic Dev Team labs, will shine only with Cupertino’s iPhone 4 / 3GS, iPod touch (3rd / 4th generations), and iPad 1st gen devices, already preloaded with iOS 4.1 firmware which turns to be vulnerable to George “geohot” Hotz recent limera1in USB boot ROM jailbreak exploit, that Steve Jobs is likely to block. On his next firmware roll out, that is, of course.

Update: Well…it didn’t take long for both Geohot and the guys at Chronic Dev Team to introduce their own proprietary Mac format into the market (limera1n and greenpois0n), each with varying degrees of advantages and disadvantages of its own. As always, proceed with caution and back up your stuff first, you just never know where troubles might come from. 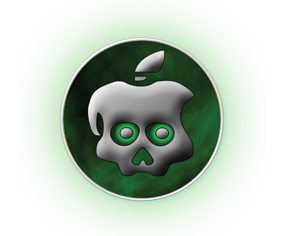