Frankly speaking, we don’t even know if any of you is going to buy a non-branded tablet, do you? Nevertheless, we’re still very committed to bring them up into public view and give them a stage they would not normally have the chance to play. For instance, have a look at Advent’s most recently-announced Tegra-powered Vega tablet. I mean seriously, with a 10-inch (1024 x 600) capacitive display on top, paired with an HDMI output, WiFi, SD card reader, 512MB of RAM, 1GHz NVIDIA Tegra chipset, 1.3MP camera and Android 2.2 platform, running about 6.5 hours on average  – How wrong can you get? Not to mention it would cost only £249 (under $400) and will surely pump your high-def videos on your tele, stutter free. Where can I get one, you’re probably asking? Well…giant electronic retailer, Dixons is already offering this wild Android beast for sale on its UK stores, while the rest of us ordinary plebeians (from other continents) will have to settle for the hands-on videos right after the break.

Update1: Regretfully, the 10-inch Vega won’t have access to Google’s Android Market at the moment (maybe on January when Android 3 will go live). Instead, you’ll get the Archos AppsLib store, which offers around 5000 apps at any given moment.

Update2: It seems like there may be an Android Market solution after all. Thanks to the good guys over at MoDaCo, a tweaked ROM v1.04, which was specially designed and built for the 10-inch tablet, is now available to download in the source link  above, promising the same functionality but with most Google features inside, including voice search, GTalk, Gmail, Google maps and a full unrestricted Android Market access. Huzzah! 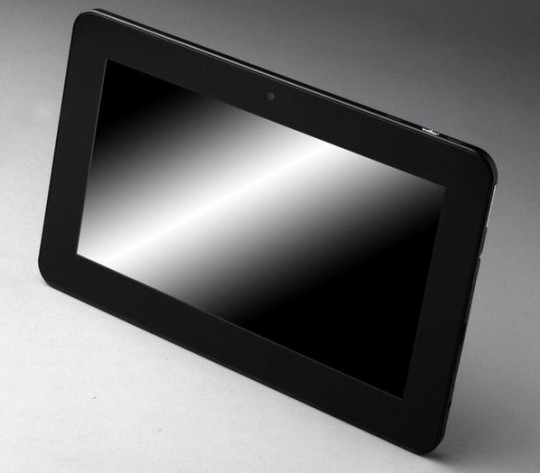