What do you think the new trend in media players? For those of you who answered “Android OS“…you were right. First it was Archos who wisely added Google’s burgeoning platform into its latest PMP series, and now it’s Creative’s turn to do exactly the same. The new model on stake is the Android 2.1-based Zen Touch 2 player which packs a 3.2-inch resistive touchscreen on top along with WiFi, Bluetooth, an accelerometer module and inbuilt speaker under the lid. In addition, there’s also a 2 megapixels camera, an FM radio, GPS, digital compass, and microSD slot. Storage wise, you get to choose between 8GB and 16GB capacities while the smallest one runs for £149.99 and the bigger edition is priced only £10 more. Let’s go Android! let’s go. 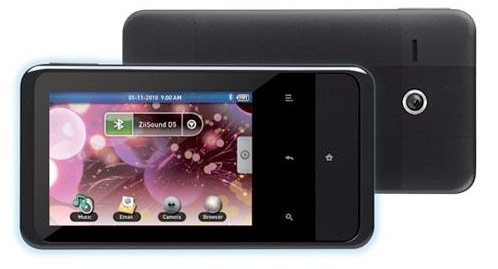