Apple is finally pushing out its latest and most anticipated iOS 4.2.1, which technically can be downloaded right away via your iTunes dashboard app. The new version which weights about 624.3MB and supports miriad of cupertino devices, including iPad, iPhone 4, iPhone 3GS, iPhone 3G and iPod touch, is notable for being THE most important OS software update the iPad tablet has ever had. For those of you who are still trying to figure out what all the commotion is about, imagine having in one magical slate multitasking capabilities, along with folders, Airplay, AirPrint usability, Game Center arena, and unified inbox accounts. Want even more? From now on you can use the Find My iPhone feature, free of any charge (previously priced at $99 a year). Generaly speaking, it’s a GPS-based application that lets you remotely locate your missing Apple handhelds (iPhone 4, the iPad, and fourth-gen iPod touch), by using a web interface platform and online set of maps. You can also wipe important data, lock your device from far, display a messsage on it, or sound an alarm from any place you are – and it’s free, remember? Hit the jump for full PR.

Update: Dev-Team has just launched a new redsn0w version 0.9.6b4 jailbreak for iOS 4.2.1.Regretfully it’s a “tethered” update, which means that iPhone 4, iPad, iPhone 3GS and iPod touch users will have to reattach their personal devices, either to a PC or a Mac, to boot into a jailbroken state whenever they need a reboot or lose the battery power – bummer. In any case, that won’t unlock your handheld machines, if that’s what you were expecting for. Unlock hack for 3G and 3GS is expected to be out somewhere this week, while the iphone 4 solution should probably take a little bit more. 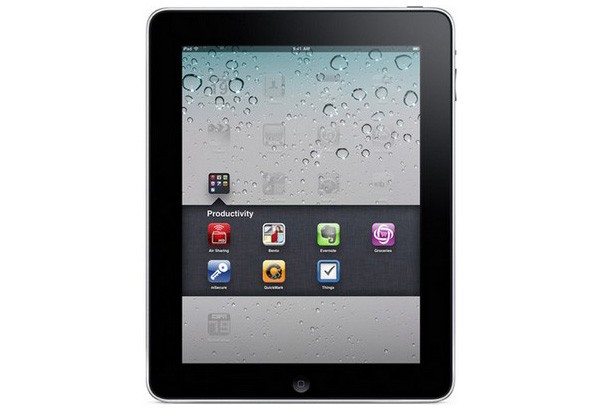 CUPERTINO, California-November 22, 2010-Apple® today announced that iOS 4.2, the latest version of the world’s most advanced mobile operating system, is available today for download for iPad™, iPhone® and iPod touch®. iOS 4.2 brings over 100 new features from iOS 4.0, 4.1 and 4.2 to iPad including Multitasking, Folders, Unified Inbox, Game Center, AirPlay® and AirPrint.

“iOS 4.2 makes the iPad a completely new product, just in time for the holiday season,” said Steve Jobs, Apple’s CEO. “Once again, the iPad with iOS 4.2 will define the target that other tablets will aspire to, but very few, if any, will ever be able to hit.”

Game Center allows iPad, iPhone and iPod touch users to challenge and play friends or be matched automatically with new opponents, showcase their scores and achievements, and discover new games their friends are playing.

AirPlay is a new feature for streaming music, video and photos wirelessly from iPad, iPhone and iPod touch to Apple TV®, transforming Apple TV into a great accessory for iPad, iPhone and iPod touch. iOS users also will be able to use AirPort Express® and AirPlay to stream wirelessly to any stereo or powered speakers, or directly to AirPlay-enabled speakers coming to market in the months ahead.

AirPrint is a next-generation Wi-Fi print architecture that dramatically simplifies printing by completely eliminating printer drivers. A selection of AirPrint enabled printers including the HP Photosmart, HP LaserJet Pro and HP Officejet will be the first to support printing direct from iOS devices. iPad, iPhone and iPod touch users can simply tap to print their documents or photos wirelessly to any printer that supports AirPrint.

The Find My iPhone (or iPad or iPod touch) feature is now free to use without a MobileMe℠ subscription and helps you locate your missing device.* The Find My iPhone app is a free download on the App Store℠ and lets users easily locate a missing device on a map and have it display a message or play a sound. Users can even remotely lock or wipe data from a lost device to protect privacy.

Other new features that iOS 4.2 brings to the iPad include: the ability to rent TV episodes directly to iPad using the iTunes® App with a 30 day viewing window and a 48 hour session window once playback is started; the ability to easily find and highlight specific words and phrases on web pages in Safari®; enhanced enterprise support so businesses can take advantage of stronger security features, new device management capabilities and improved enterprise integration; industry-leading accessibility enhancements; and support for 25 additional languages, including Korean, Portuguese and Traditional Chinese.

The revolutionary iPad allows users to connect with their apps and content in a more intimate, intuitive and fun way than ever before. You can browse the web, read and send email, enjoy and share photos, watch HD videos, listen to music, play games, read ebooks and much more, using the innovative Multi-Touch™ user interface. iPad weighs just 1.5 pounds, making it easy to carry and use anywhere.

Today, customers have downloaded more than seven billion apps from the groundbreaking App Store and more than 300,000 apps are available to consumers in 90 countries, with more than 40,000 native iPad apps. Over 125 million iOS users around the world can choose from an incredible range of apps in 20 categories, including games, business, news, sports, health, reference and travel.