Velocity Micro’s Android Cruz Tablet Is Finally Ready For a...

Just as promised, the 7-inch Velocity Cruz is finally out and ready for the masses. And while you shouldn’t expect too much, performance wise, from a $299 slate, still it will cost you a whole lot cheaper getting it, rather than any other similar device – and from our perspective, it could easily be a good value over price. After all, don’t forget that you’re getting a very responsive capacitive display in here, instead of those sluggish and not so friendly resistive touchscreen ones. Regretfully, you’ll have to settle with an Android 2.0 version, with no direct access to Google’s Android Market inside (there’s a Cruz Market which seems pretty limited compared to well established online hubs). Yet, the slate itself does offer 512MB of RAM, 12GB of storage, WiFi, stereo speakers, 10 hours of battery and a mini-USB port, to take on a ride. And if that wasn’t enough you can check out the video, right after the jump. 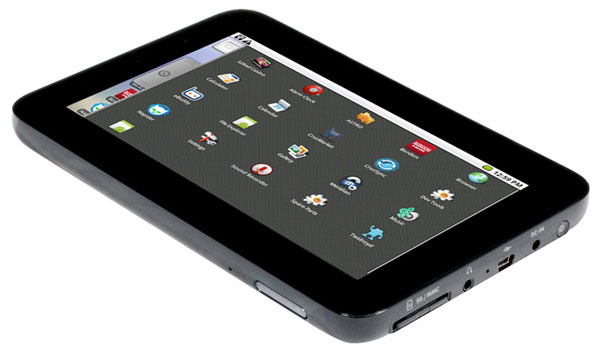