Do you think that wearing 3D Glasses to watch TV is silly? Well, how about ditching the discomfort of wearing over-sized plastic 3D shades but watching the third dimension over a 4.8-inch media player, eh? No, we’re not kidding. Want more proof? make sure to check out Cowon’s latest 3D PMP revelation – the world’s first official device ever to support non-glasses 3D visualizer in portable players. 3D on-the-go, can you believe it? Of course you gonna get an HDMI output with it, and up to 64GB to store your high-def videos, but most importantly (at least for some of you), it has WiFi within, and its battery can deliver up to 10 hours of continuous video playback. Sweet!  Interested? You may want to start saving the pennies for this high-end number; we’re adamant it won’t be cheap. In fact, it’s gonna cost you (when it gets out in south Korea on December 10th) KRW499,000 (around $430) for the 32GB flavor or KRW589,000 (around $510) for the 64GB version. 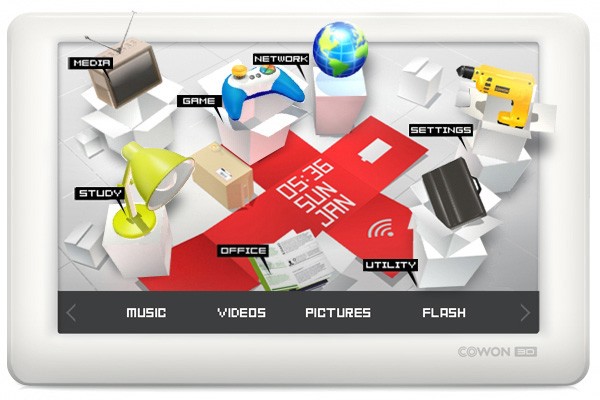