We’ve all seen the teaser ads and now, the much anticipated Eee Slate EP121 tablet from Asus is finally here. The 12.1-inch wonder that comes with a very impressive 1280 x 800 IPS display and said to include a Wacom digitizer support, will be offered by the Taiwanese giant with a Windows 7 OS on board. Yes, a Microsoft Windows platform for a change. Specs wise, we’re looking at one of the most powerful tablets ever manufactured, with Intel’s Core i5-470UM processor, paired with up to 4GB of RAM, and a 64GB SSD. WOW! in case you’re wondering, the stylus pen which Asus has also included can serve you better when it comes to freehand sketching or simply for taking notes. Wanna make a video conference or pump your HD videos on your flat screen TV? No problem at all. The EP121 comes fully equipped with a front facing camera and a single HDMI port. Sounds great, isn’t it? Absolutely yes, but not if you are broke. To put it into numbers, it’ll actually start at $1,000 for the basic unit, with availability in stores set for later this month. Full specs after the break.

Update: Asus is currently offering via Amazon a pre-order deal for its upcoming Eee Slate EP121, that will save you some green on a future purchase. The 12.1-incher, that was recently introduced, has just arrived to amazon’s online store, and for a limited time is being offered for only $999. We all want it badly, aren’t we? 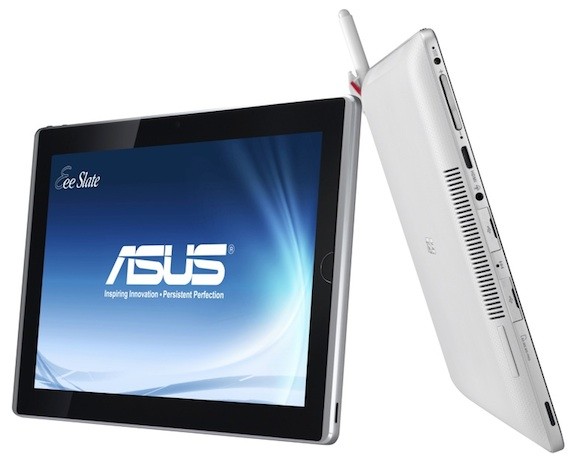 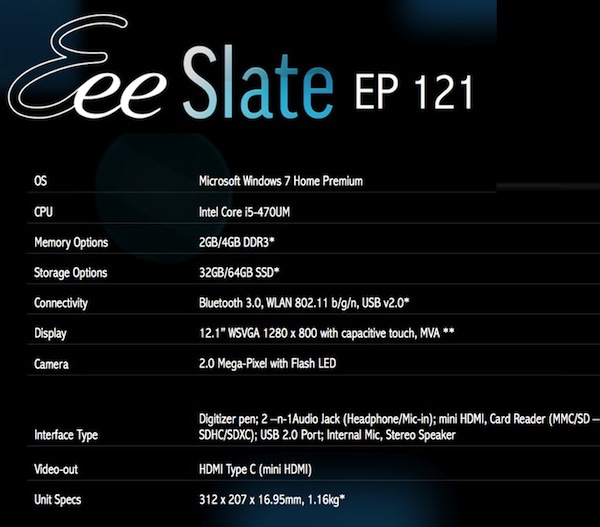