Is That HTC’s Next Android 2.3 Flyer Tablet? 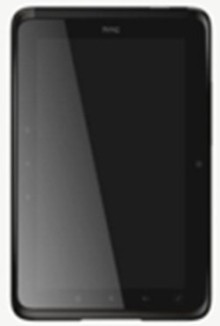 Well, according to several reliable Amobil sources it probably is, and most importantly, designed to include a 1GHz Qualcomm MSM8255 chip along with a 7-inch, 1024 x 600 capacitive touchscreen, 1GB of RAM, 4GB of internal flash storage, dual webcams (1.3MP on the back and a 5MP up front), HDMI output, 3G connectivity and DLNA support. And while there’s no official confirmation yet, nor any info about price or availability, the general feeling upon this upcoming/speculated device is pretty positive overall, and that we’re only few months away from seeing it out on the market, running Google’s Android 2.3 OS under the hood and preloaded with HTC’s Sense UI platform on board. In addition, there are other rumors about a larger, faster 10-inch LTE slate hitting the streets in the second half of the year, but that just seems too early to report.