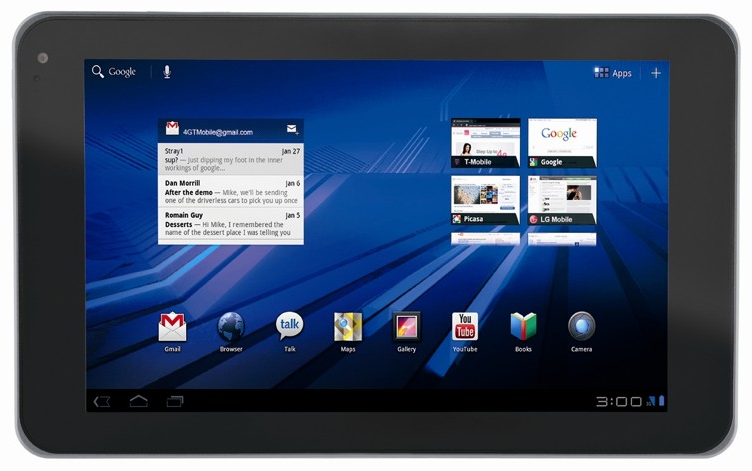 The 8.9-inch Optimus Pad has already gone official, but its final price was yet to be determined. Now, a New York based online store called MobileCity, has finally listed it for a $699.99 early pre-order, with availability details still missing from the board. And even though we’re not sure of the price, it would probably be very expensive and not worth the buy compared to Apple’s $499 iPad 2 for example. The truth is that LG has actually managed to come up with something fairly fresh, and stuffed inside some really cool specs, including NVIDIA Tegra 2 processor, 32GB of storage, a dual-camera array on the back with 3D video playback capabilities, and Google’s latest Android 3.0 Honeycomb platform preloaded on board. That been said, we’re still looking for that “prince charming” package, this durable and attractive device that will have us believe we can truly make the most out of it without spending so much dough.

Update: And if $700 is far too expensive for you to buy a Honeycomb tablet, fellow readers, there’s a new payment method that will set you back for $529.99 on a two-year contract (after a $100 mail-in-rebate). Wait a minute, is anyone convinced? A 2-year contract plus one time $530 fee? Ok, so it lets you record 3D videos, so what?  Maybe a wifi only version priced comparable to Ipad can do something – You hear that LG?