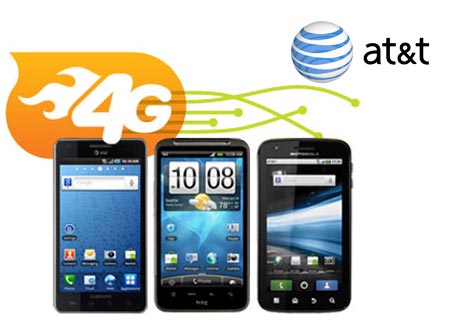 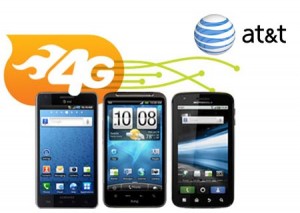 A new breed of smartphones has emerged at the ICES (International Consumer Electronics Show) recently. In this giant gadget manufacturer meet that was portrayed as an amazing event as per the live reports from the event, a race of smartphones made a mark. This was an event where a lot of gadgets were on display, produced by different manufacturers all round the globe. The gadgets that were put on display in the event ranged everything from the head mounted headphones to a variety of amazing phones and computers.

But the same event also carried some bad and frustrating news for the customers of Sprint and AT&T who established a cutting edge for 4G smartphones in the previous year. So, the real problem vests with the fact that this phone will soon be outdated. When it came to tapping into the all new and faster fourth generation networks, Sprint Nextel and AT&T Mobility were the first two companies to have unveiled some of the first league of smartphones.

This new class of smartphones that emerged at the ICES may be an attempt to stand against its potential contemporaries. Over the time, launching 4G network from Sprint is continuously being talked about. And the talks had been doing rounds since the successful launch of the previous one, way back in 2008. This followed the launch of its premier phone, HTC’s Evo 4G in the preceding year. In the meanwhile, it was AT&T that begun adding the short, impressive yet a powerful word “4G” to almost all its smartphones names recently.

But the progress does not take a backseat here! AT&T and Sprint, two of the largest U.S. cellular carriers are actually working hard to get another 4G system on the front. LTE (Long Term Evolution) will be an additional thing to the two mobile carrier giants. This was made available so that it can compete with the wireless version of Verizon that was launched almost a year back.

If T-Mobile USA is to be believed then it has 4G that stands quite similar to the old 4G service of AT&T but the talks about the plans for the 4G LTE deployment is still pending. It’s unclear how AT&T and Sprint will be able to explain to their customers more on the investments they have made in order to have one of the most talked about technology. This seems unclear also because both AT&T and Sprint have earlier exhausted the usage of 4G in marketing.

Last year, it was at the CES where Verizon hosted two high profile news conferences and also went into operating huge sales promotion booth so that the official launch of its 4G network receives promotion too. On the contrary, things this year appeared different since it was visible how the company managed to keep a low profile at the most talked about event.

AT&T announced eight of the new LTE products at CES that included the smartphones and tablets. Now the first LTE based windows phone better known as Lumia 900 is expected to arrive in March. Before the announcement of the break-up of T-mobile, the first ever 4G LTE phones for AT&T already hit the stores in November, last year.

Sprint at the CES announced three new and amazing gadgets that included Samsung phones, a portable wireless hotspot and Galaxy Nexus that is a product of Samsung & Google partnership. It’s expected that Sprint’s new 4G LTE network will surpass its older versions with the elimination of slower 4G network too.

This is a guest post by Emily Steves, who is associated with various internet security related companies as their freelance and staff writer. She has been linked with some of the best web media companies and offers various ways for internet solutions. She excels in writing articles related to internet security, internet plans, comcast deals, etc.