Two of The Best New Free Games for Nokia Mobile...

Mobile gaming is a massive growth industry, as indeed is the mobile phone sector as a whole; and one of the biggest manufacturers of mobiles in the world is Nokia. Thus Nokia mobiles are amongst the devices that many of the top games developers are pitching their games towards, with the good news for those using Nokia mobiles being that many of these games apps are free to download. These are some of the better new ones out there for Nokia mobiles. 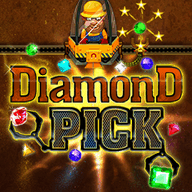 This game, which became available to download to Nokia phones from mid July, involves a character called Sam attempting to mine for diamonds, deep in the bowels of the mine. The gamer has to assist the character to collect as many of the diamonds as possible, and the game has a total of no less than 50 different levels, each representing a stage up in terms of challenge to the player. The game is fairly easy to master (at least at the lower levels) requiring you to drag the screen to move Sam, and touch it to fire the diamond picker that collects the stones. 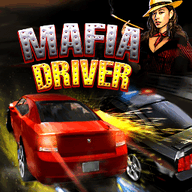 This is a great free game for those who enjoy car racing games, and sees the gamer take on the role of a transporter for the mafia, with the chance to move up into the position of a driver, if you score highly enough. The game features two different modes of play; first there is the Quick Play option, which simply involves trying to escape the clutches of pursuing police in a car chase; and second there is the more involved Career mode, which requires the gamer to trap the police cars in order to get money and win favour with the character of Lisa the Mafia Lady. This second mode is the one to play in if you want to progress further in the game.