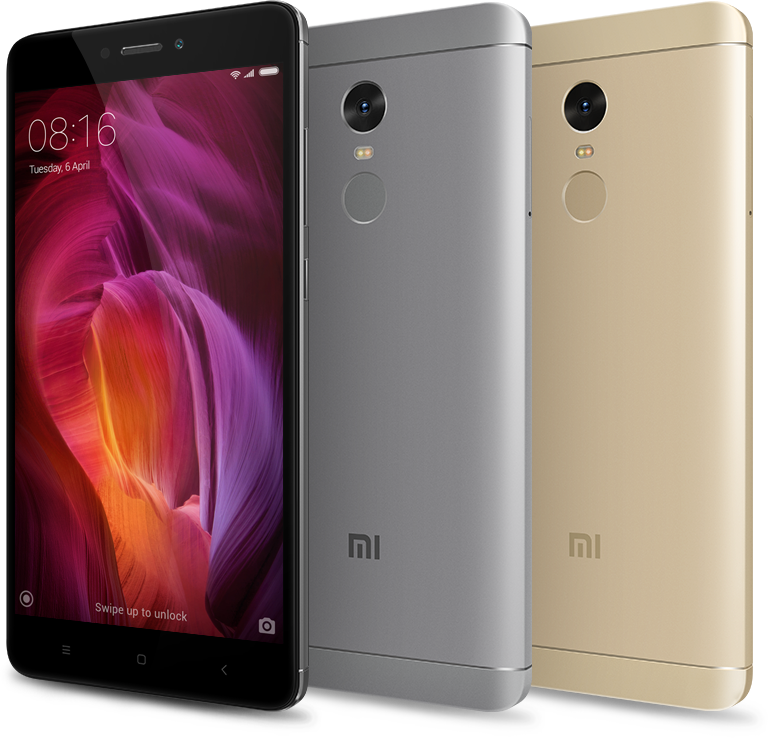 The much awaited Xiaomi Redmi Note 4 is now unveiled for the buyers. Succeeding one of the most successful models by the company, the Redmi Note 3, this one has been released in three versions. The model boasts a metallic body and is loaded with a Qualcomm chip. The model is bound to give head-on competition to most smartphones in the industry today.

Let’s get a glimpse of how it looks and feels

Resembling closely its predecessor, Redmi Note 3, the Redmi Note 4 is designed with slim borders and capacitive navigation buttons below the display. Across the front is a 2.5D curved-edge glass offering a premium feel to the phone. The metallic body offers a sturdy feel with a less slippery panel as well.

The rear side of the Redmi Note 4 though is designed differently with fine antenna bands running across the body. Also on the rear side are a rear camera and a dual-tone LED flash with a fingerprint scanner. The speaker grilles unlike its predecessor have been shifted to the bottom along with a Micro-USB port, while the audio jack and an IR emitter sit on the top. On the right are the power and volume buttons which are easily accessible with fingers.

The handset is slimmer and boasts the best design ever in all smartphones released by Redmi. As per rumors two models which are available for sale in India are Matte Black and Gold. The 5.5 inch full HD IPS display has 1080×1920 pixels resolution. The sunlight legibility is great and the screen size is ideal for watching movies and videos.

Let’s dig into its features and specifications

Powered by the octa-core Qualcomm Snapdragon 625 processor, clocked at 2GHz, it has an Adreno 506 GPU integrated. The three models available for sale are

The hybrid sim tray supports a Nano sim and a Micro SIM or micro-SD card. Both sim will support 3G and 4G support, and defeating the Redmi Note 3’s shortcoming the Redmi Note 4 will support microSD cards of 128 GB capacity. The 4100 mAH battery is non-removable. The rear camera is 13 megapixels with f/2.0 aperture, dual-tone LED flash and a PDAF. The front camera is 5 megapixels with similar aperture as rear and a fixed-focus lens. Connectivity options include dual-band Wi-Fi 802.11a/b/g/n, Bluetooth 4.1, USB OTG, FM radio, GPS/ A-GPS, Miracast, GLONASS, and BeiDou. Overall the call quality is pretty satisfactory.

The OS packed is the MIUI based Android 6.0 1 Marshmallow and a number of exciting features are added in the Redmi Note 4; Now on Tap is a highlight that has been loved by users since its introduction. The system animations too appear refreshing and neat when uninstalling an app.

The gallery app is all revamped which automatically syncs stored images and a 5GB free cloud storage is available when signing an account. Also added in the gallery app are video editing and sharing features. Other features include Quick Ball which has been seen on the previous model as well. Ensuring user privacy in mind, the Redmi Note 4, comes with Dual Apps and Second space. Another showstopper is the scrolling screenshot feature. The dialer app is now lighter and easier, another add-on is the caller ID feature with new tweaks added in the Messages app as well. Plenty of options for ringtones, wallpapers and icons are available with the preloaded themes. A one-handed mode which shrinks the display to one side of the screen has also been included in this new Redmi Note 4.

The Redmi Note 4 as reviewed by experts was able to handle everything which was thrown at it with no complaints in the processing as well. The phone ensures smooth multitasking, and offers a great media playbacks feature. Speaker quality is good and much satisfactory. For those selfie lovers and photo freaks, the camera packs plenty of exciting modes and features to ensure a wonderful experience.

The battery on the continuous video playback test lasted for 15 hours and 10 minutes offering an impressive experience. The phone lasts for up to 2 days in real-world use. The handset appeared great in latching on weak cellular and Wi-Fi network signals.

Overall the Xiaomi Redmi Note 4 is a complete package in itself which is bound to give all the existing smartphones a very tough time. The design, battery life and performance all score great.

So for all those who have been looking for a bigger screen, great battery performance but on a budget hunt, this one is the phone to stop on.