The mid-range tablet market is heavily crowded with great devices. Acer today launched another addition to their Iconia Tab family of 7-inch tablets. The following, which will go under the Iconia One 7 and Iconia Tab 7 monikers, are said to replace some of the company’s previous market generations (the  B1-720 and the Iconia Tab 7 1st gen).

A new 7-incher with a nice bump in the screen resolution (1,280 x 800), featuring a faster Intel Atom Z2560 processor, 8GB of storage (16GB version will be optional as well), and Android 4.2 Jelly bean for the OS (KitKat upgrade to be available sometime in the future). Acer says the battery life in this slab will last up to seven hours of use time, and that pricing will likely begin at $130 when Canada/U.S. sales commence somewhere around May. 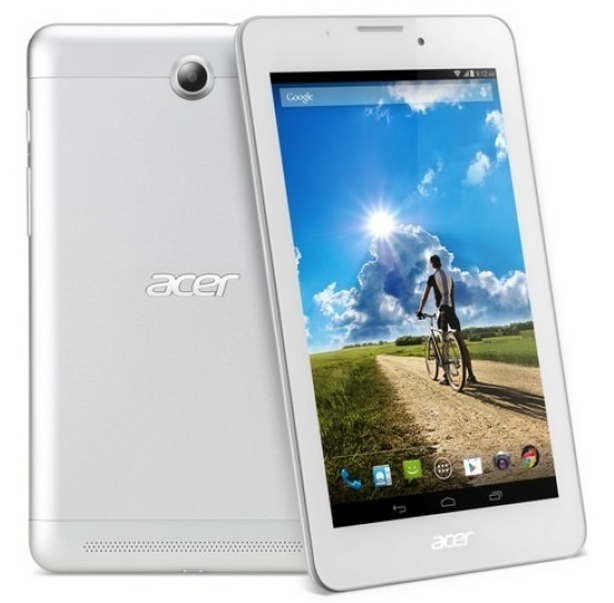 The company has also announced a new iteration of the Iconia Tab 7, with a 1,280 x 800 screen resolution as well as a quad-core MediaTek chip, set to push  this Android KitKat 4.4 device even further ahead in the tablet competition. Furthermore the slate will offer 3G HSPA+ networks, WiFi 802.11 b/g/n, Bluetooth 4.0, built-in GPS and your choice of Black or White hues with either 8GB and 16GB internal storage, starting at $205 for basic configurations.