Windows Phone 7 Series Gets a Neat Tablet Concept To...

Here’s something that Redmond guys could actually use as their next tablet creation – and rest assure that Microsoft will have one eventually, whether you’d call it tablet, slate or a courier. Created by a designer called Umang Dokey, this nice looking Windows Phone 7 tablet concept is definitely something we could literally envision in our geeky minds, coming out somewhere in the next 24 months, with a bunch of easy-to-use tiles, constructed in one screen, one place, panning free. We don’t really know if those dual joysticks at the back of the device could actually feet Microsoft’s futuristic doctrine, but the flipping kick stand that turns into a viable QWERTY keyboard would probably be a nice add-on to have. Check it out for yourself by hitting the jump and watching the video right after the break. 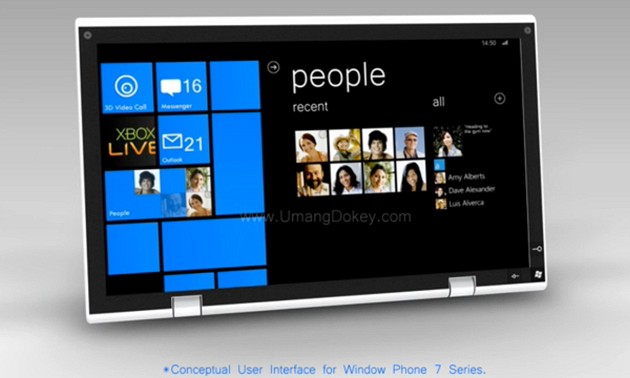