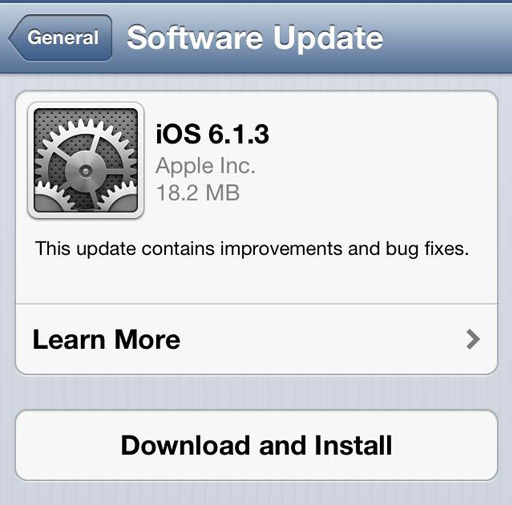 Well, that didn’t take Apple too long to roll out a new iOS update, to correct several issues that cropped up with their latest 6.1/6.1.1/6.1.2 versions. The new release, which obviously gets the serial name of iOS 6.1.3, includes a few notable fixes for the iDevices platform, such as this small software trick that has given users the option to circumvent iPhone lock screen, without entering the proper code, and one or two performance improvements in the Japanese Apple Maps app, and some other pertinent security aspects. The update is now available in iTunes, and is also available over-the-air to existing iOS 6 users.

Update: You know what they say, it’s not over until it’s over. So, if Apple thought it has completely removed the lock screen bypass glitch, with the recent iOS 6.1.3 release, there seems to be another problem that may need a better solution. We won’t go into explaining the new issue again. Let’s just say it involves using the voice command feature and ejecting the SIM card tray. Hop past the break, and watch the walkthrough video (made by by YouTube user  videosdebarraquito).