Let’s face it guys, it’s not just the specs we’re after when buying a new netbook/laptop to ourselves these days, it’s about the looks and feeling that matters and in that case, the slimmer the merrier. You know it, LG seems to know it and the new X300 that was recently introduced, proves it well – it’s very thin, only 0.68-inch thick and merely 2.2 pounds weight to be accurate. The keyboard is a chiclet one, again very solid and bouncy, and the trackpad itself has no real clickable keys on it, but duo haptic capacitive keys instead, which makes it more interesting to use. In a bold move LG has placed all connections – amongst you’ll find HDMI out, 2xUSB ports, SD card reader and power – behind the chassis, so you’ll have to bend forward to hook things up. Components wise, we’re satisfied as well, with LG tossing inside a 2GHz Atom Z550 CPU along 11.6-inch 1366×769 display, 64GB or 128GB SSD capacities to pick from, WiFi, Bluetooth and optional 3G connectivity at your choice. Regretfully, prices and availability haven’t been disclosed, but one more image and a quick hands-on video are just after the break. 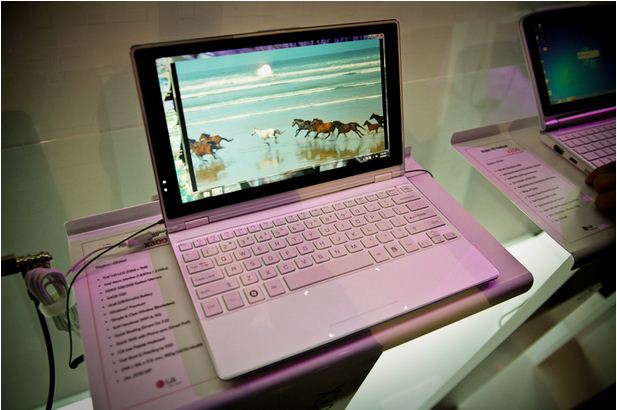 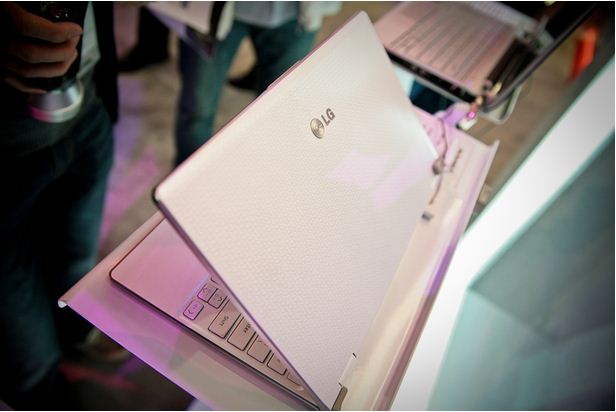