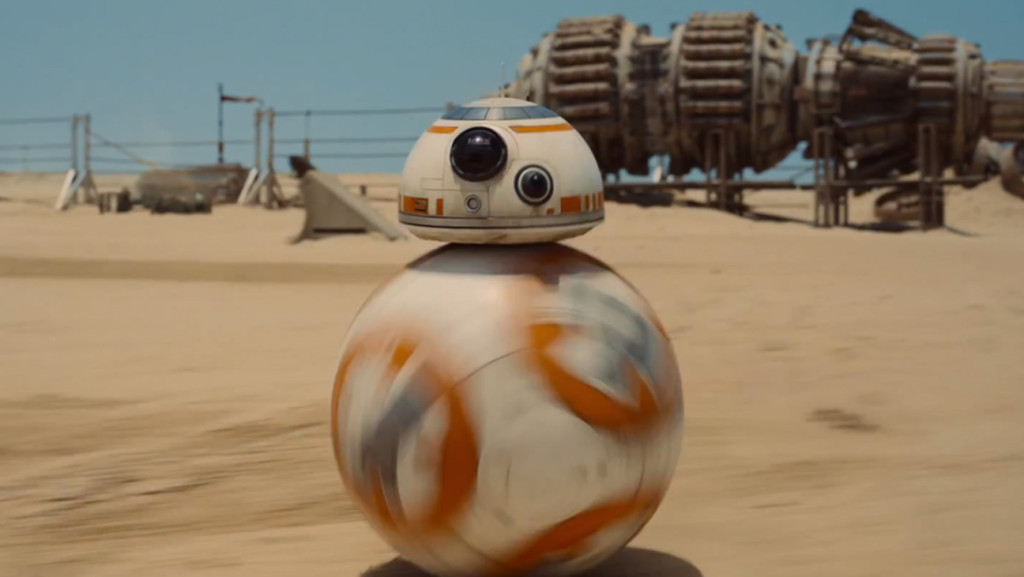 At a recent kick-off celebration of Disney’s next big Star Wars: The Force Awakens in Anaheim, California, director and producer J.J. Abrams (who happened to wear a shiny stainless-still Apple watch on his wrist) officially unveiled to a welcoming crowd of Star Wars fans, a cute rolling droid, called the BB-8.

Meanwhile, as you plainly can see above, Twitter has added three custom Star Wars emoji shortcuts to your keyboard and such.

The new episode, which will be coming out on the big screen in time for the Christmas holidays of 2015, is making quite a buzz these days as the film’s second official trailer video has landed. Yeah, that’s they’re way to keep in touch with the fans and make them all feel enthused and excited.