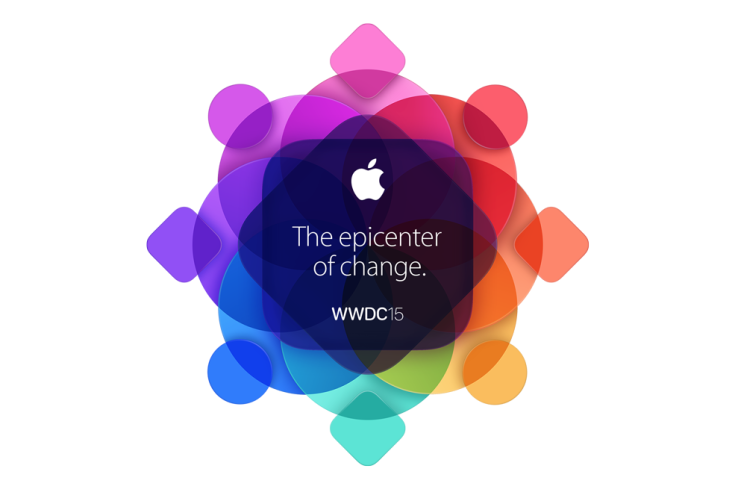 Apple’s Worldwide Developers Conference is set for June 8 2015 at San Francisco’s Moscone West. If you’re interested in getting some tix, they’re now available on Apple’s WWDC website from now up until Friday April 17 in three different programs: iOS Developer Program, the iOS Enterprise Developer Program or the Mac Developer Program. We know from previous experience that tickets will probably sell out in minutes so hurry up and get ’em fast before they’re gone (although the Cupertino company says that winners will be picked up “through a random selection process).

As always, the iPhone is once again taking center stage on Apple’s WWDC 2015 keynote event, with a hope to see a new iPhone hardware announcement, along with a brand new iPad, and an update to the Mac OS X operating software.

We’re also likely to hear about Apple’s new music streaming service, which will probably be released in June, based on the current Beats Music app. Apple TV IV is yet another good option we might hear about, but we’re just kind of guessing at this point.

With more than 100 technical sessions presented by Apple engineers, developers from all over the world are invited to learn about some of the new and interesting ways of using the latest and greatest iOS and OS X technologies, as well as some hands-on labs and some super cool events.

Update: Apple bans selfie sticks from WWDC 2015.  I kinda wonder whether it has anything to do with Periscope and Meerkat.

[su_quote]”You may not use selfie sticks or similar monopods within Moscone West or Yerba Buena Gardens,” the rules say. “Solicitation or selling of items or services is not allowed at WWDC. Any attendee conducting these activities may be removed from WWDC. Smoking (including e-cigarettes) is not permitted anywhere inside Moscone West.”[/su_quote]

Read more about the keynote event:

CUPERTINO, California—April 14, 2015—Apple® today announced that it will hold its 26th annual Worldwide Developers Conference (WWDC) June 8 through June 12 at San Francisco’s Moscone West, with more sessions than ever before streamed to developers. At WWDC, Apple’s renowned developer community will come together to learn about the future of iOS and OS X®, helping them continue to create the most innovative apps in the world. WWDC will feature more than 100 technical sessions, over 1,000 Apple engineers, hands-on labs to help developers integrate new technologies and fine tune their apps, as well as the Apple Design Awards which showcase the best new apps in the last year.

“The App Store ignited an app ecosystem that is simply amazing, forever changing the lives of customers and creating millions of jobs worldwide,” said Philip Schiller, Apple’s senior vice president of Worldwide Marketing. “We’ve got incredible new technologies for iOS and OS X to share with developers at WWDC and around the world, and can’t wait to see the next generation of apps they create.”

Developers can apply for tickets via the WWDC website (developer.apple.com/wwdc/tickets) now through Friday, April 17 at 10 a.m. PDT. Tickets will be issued to attendees through a random selection process, and developers will know the status of their application by Monday, April 20 at 5 p.m. PDT. There will also be up to 350 WWDC Scholarships available, giving students and members of participating STEM organizations around the world the chance to earn a free ticket (developer.apple.com/wwdc/scholarships).

Select Worldwide Developers Conference sessions will be live streamed throughout the week via the WWDC website (developer.apple.com/wwdc/videos) and the WWDC app, giving more developers around the world access to the latest information in real time. Videos from all technical sessions will also be available by the end of each day.

Visit the Apple Worldwide Developers Conference 2015 website (developer.apple.com/wwdc) to apply for a ticket, as well as for updates and more information.

Apple designs Macs, the best personal computers in the world, along with OS X, iLife, iWork and professional software. Apple leads the digital music revolution with its iPods and iTunes online store. Apple has reinvented the mobile phone with its revolutionary iPhone and App Store, and is defining the future of mobile media and computing devices with iPad.