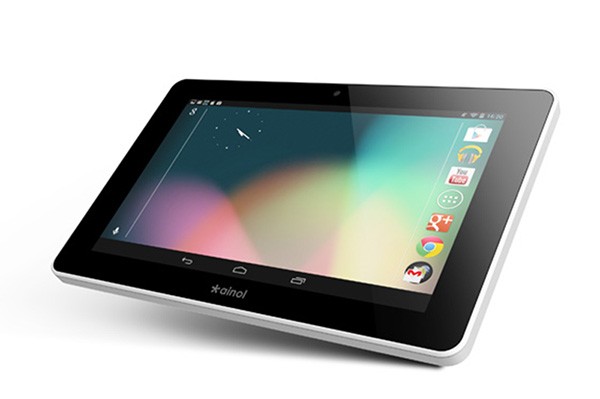 Chinese company Ainol is expected to release a new iteration of its Novo7 tablet devices, which we have heard about previously in the past few months. The new slate, officially dubbed the Novo 7 Crystal, has been confirmed to receive the Android 4.1.1 Jelly Bean OS out-of the-box, a surprising change from the standard ice cream sandwich. In addition, we’re looking at an Amlogic 8726-M6 Cortex A9 processor under the lid, paired with a Mali 400 GPU, 1GB of RAM, a 7-inch IPS touchscreen with 1,024 x 600 resolution and 8GB of internal storage, to house your bits and files for portable use. This WiFi-only package, which is one of the entry level tablets you’d find around the net these days, at the price range of $139, measures 0.4 inches thick and weighs about 0.72 pounds. In terms of ports, there’s a mini-HDMI out inside, as well as a mini-USB and a microSD card slot. The Novo 7 Crystal is due out September 28 in black or white colors. Surely this will heat up the low cost tablet market worldwide, don’t you think so?