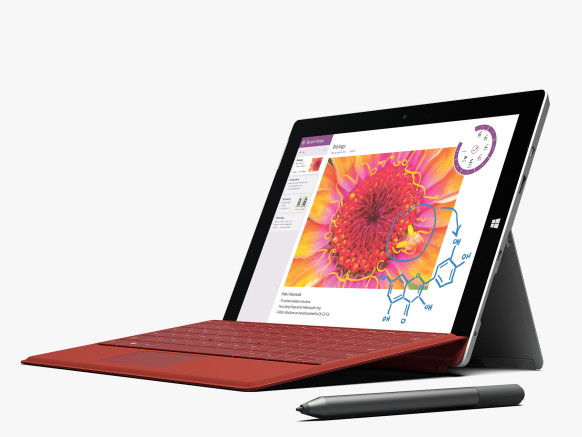 While the Surface Pro 3 is Microsoft’s best hybrid Tablet/PC to date, the company today announced the launch of a new Surface 3 device, which one can easily describe as a lighter, thinner, and less-expensive iteration of the great Surface Pro 3.

Given that the Pro 3 lineup ranges between $800 to $2,000, Microsoft has apparently decided to adjust the pricing model with the new Surface series, so that it would be more affordable for new consumers as possible, but there is still a lot of stuff here. The new tablet, which boasts a gorgeous 10.8-inch display at 1,920 x 1,080 screen resolution is offered with your choice of either 64GB or 128GB of internal storage, but the higher the storage capacity, the more you’ll pay.

Moreover, the slate is powered by a new quad-core 1.6GHz Atom x7 processor under the hood, alongside an 8MP camera on the back and a 3.5MP shooter on the front. The Surface also includes a multitude of ports, it sports a full-sized USB 3.0, plus a Mini DisplayPort, a microSD card expansion, a microUSB charging port, and a 3.5mm headphone socket for audio. A 4G LTE network support is optional.

There’s also a three-position kickstand at the back, but you can find these tablets even more expensive with the optional 3-designed Type Cover keyboard bundle (+$129) which converts the slabs into a full-fledged laptop form factor, running under a full Windows 8.1 OS.  In addition to that, you can add in another $49 if you want to add a bit of color to your tablet with a Surface pen. 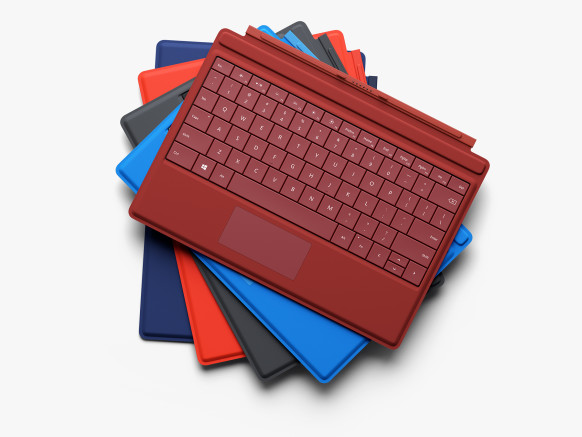 As for the goodies, Microsoft is giving away, for a very limited time, a year of free subscription to Office 365 including a full version of Word, Excel, PowerPoint, Outlook and OneNote, as well as 1 TB of Microsoft’s OneDrive online storage service.

The Surface 3 is due out on May 5, so stay tuned for exciting news to come!

Hit the Play and watch the video