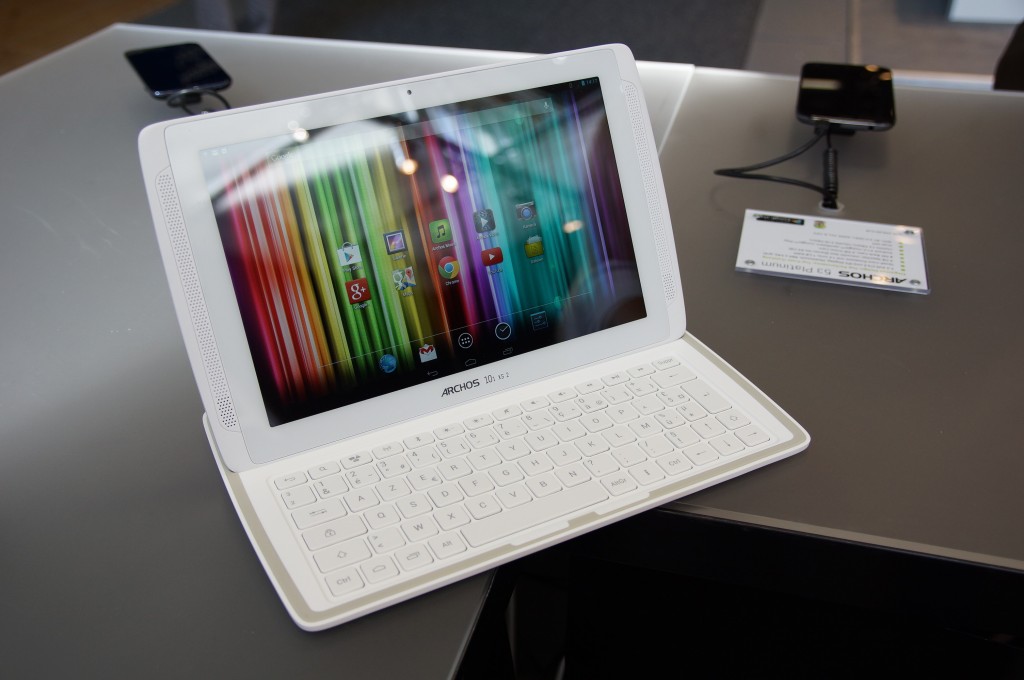 Archos is looking to update its 10-inch tablet offering with a new model. The French corp has announced it will push the release of a new successor to the Archos 101 XS sometime next month. The upcoming slate, known as the 101 XS 2, will be featuring a quad-core 1.6GHz ARM Cortex-A9 processor inside its sprawling gut, along with 2GB of RAM and an IPS display with a relatively low resolution of 1280×800. The tablet will run on Android 4.2 (Jelly Bean) out of the box, and said to be bundled with a nice detachable keyboard dock. In addition to that, the tablet will also pack 16GB of internal storage (expandable via microSD up to 64GB), dual cameras (2MP in the front and 2MP at the back), dual-band Wifi connectivity, Bluetooth, GPS and USB 2.0 ports. As already mentioned, the 101 XS 2 will be on sale in the US from the beginning of December with a retail price of $279 — which is still not too much, although, when compared to the $229.99 Nexus 7 tablet (with a 1920 x 1200 display) it definitely is.