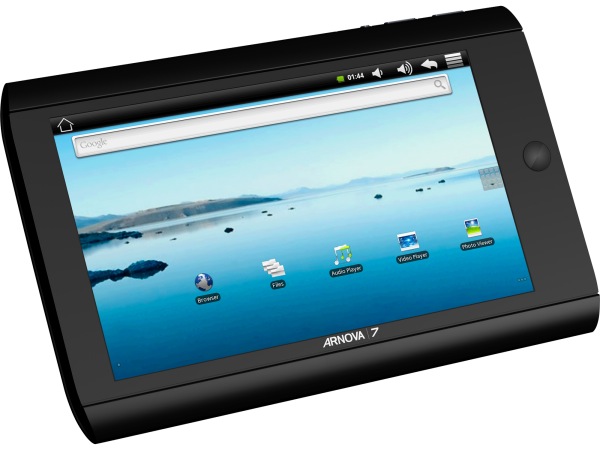 Oh, looky-looky what we’ve got in here – A $99 Android tablet? Now that’s cheap. And more importantly, comes with fairly reasonable parts inside, including a seven-inch (800×480) resistive touchscreen LCD, 4GB of internal flash memory, WiFi, 720p HD playback support, AppsLib store accessibility (instead of Google’s Android Market) and Android Froyo running on board. There’s no word yet on when, exactly, we’re going to see this Archos Arnova 7 available in stores, but hey, you’ve got to give it to the French, for giving a fight and reducing the cost of their tablets.