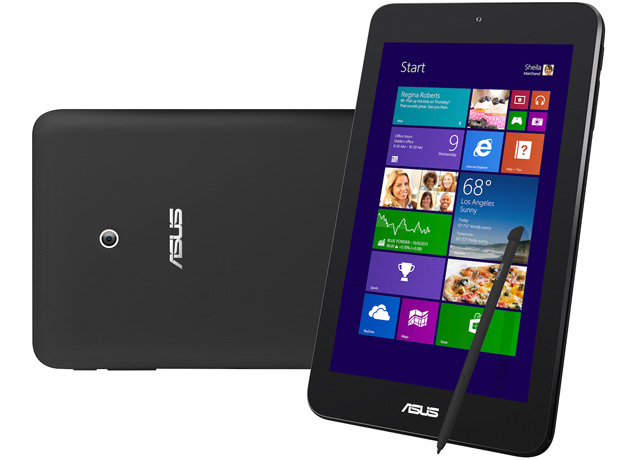 Asus is ramping up its VivoTab lineup with a new 8-inch tablet. This portable handheld device, dubbed the VivoTab Note 8, runs on Windows 8.1 and has an Intel Atom Z3740 quad-core processor rocking under the lid, alongside a 1,280 x 800 IPS touchscreen, about 2GB of RAM, up to 64GB of internal storage, and a microSD memory card. In addition, the new slate will also pack a Wacom stylus pen that can apply up to 1,000 pressure levels, as well as a set of integrated cameras: 5-megapixel rear camera and an HD front facing shooter. The VivoTab Note 8 tablet is expected to be released between Q1 and Q2 starting at $299 for the 32GB model and only $50 more ($349) for a 64GB version.

Update: Microsoft officially starts selling  the ASUS VivoTab Note 8 tablet in the US, with prices starting at $329 instead of the $299 price tag it was initially announced.