Everything Apple announced at the ‘Spring Loaded’ Event: New iMac...

CUPERTINO, CALIFORNIA, Apple officially announced some new and fascinating products at its “Spring Loaded” event last night. If you haven’t been following along with the rumors, here’s a quick recap of everything that Apple introduced: A new iPad Pro 2021 with M1 chip and XDR display, a new iMac desktop with colorful design and M1 chip, next generation Apple TV 4K with Siri remote, and AirTags.

Apple today introduced AirTag, a small and elegantly designed accessory that helps keep track of and find the items that matter most with Apple’s Find My app. Whether attached to a handbag, keys, backpack, or other items, AirTag taps into the vast, global Find My network1 and can help locate a lost item, all while keeping location data private and anonymous with end-to-end encryption. AirTag can be purchased in one and four packs for just $29 and $99, respectively, and will be available beginning Friday, April 30 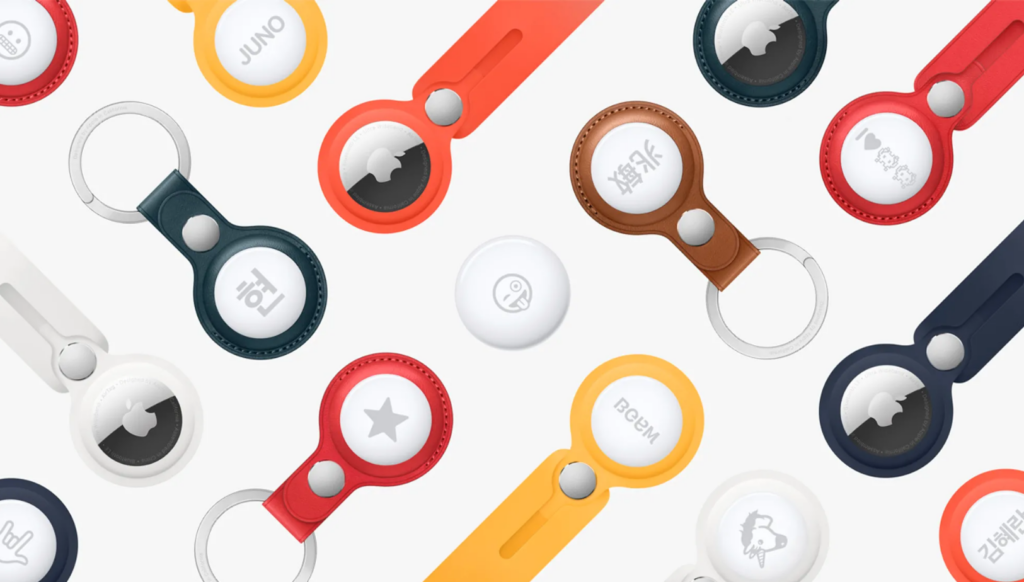 Apple today introduced an all-new iMac featuring a much more compact and remarkably thin design, enabled by the M1 chip. The new iMac offers powerful performance in a design that’s just 11.5 millimeters thin, with a striking side profile that practically disappears. Available in an array of vibrant colors to match a user’s personal style and brighten any space, iMac features a 24-inch 4.5K Retina display with 11.3 million pixels, 500 nits of brightness, and over a billion colors, delivering a brilliant and vivid viewing experience.
The new iMac also includes a 1080p FaceTime HD camera, studio-quality mics, and a six-speaker sound system — the best camera and audio ever in a Mac. Also, Touch ID comes to iMac for the first time, making it easier than ever to securely log in, make purchases with Apple Pay, or switch user profiles with the touch of a finger. Combining the power and performance of M1 and macOS Big Sur, apps launch with blazing speed, everyday tasks feel incredibly fast and fluid, and demanding workloads like editing 4K video and working with huge images are faster than ever. The new iMac joins the incredible family of Mac models powered by M1, including MacBook Air, 13-inch MacBook Pro, and Mac mini, marking another step forward in Apple’s transition to Apple silicon. iMac is the most personal, powerful, capable, and fun it has ever been, and customers can order it beginning Friday, April 30. iMac will be available in the second half of May. 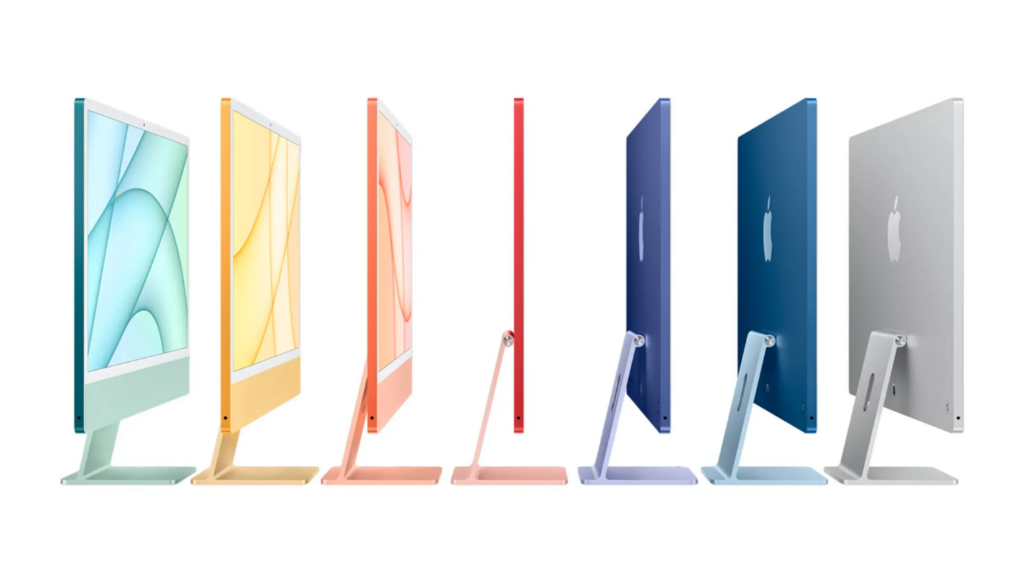 Apple today announced the most powerful and advanced iPad Pro ever, pushing the limits of what’s possible on iPad. The addition of the Apple-designed M1 chip delivers a massive leap in performance, making iPad Pro the fastest device of its kind. The 12.9-inch iPad Pro features a new Liquid Retina XDR display that brings extreme dynamic range to iPad Pro, offering a stunning visual experience with more true-to-life details to the most demanding HDR workflows. Cellular models with 5G deliver even faster wireless connectivity when on the go, and to provide users with pro-level throughput for high-speed accessories, iPad Pro now includes support for Thunderbolt. Additionally, an all-new Ultra Wide front camera enables Center Stage, a new feature that automatically keeps users perfectly framed for even more engaging video calls. The new iPad Pro is available to order beginning Friday, April 30, on apple.com, and will be available in the second half of May.

The breakthrough M1 chip takes the industry-leading performance of iPad Pro to an entirely new level. The 8-core CPU design features the world’s fastest CPU cores in low-power silicon — delivering up to 50 percent faster CPU performance than A12Z Bionic. The 8-core GPU is in a class of its own, delivering up to 40 percent faster GPU performance. This combination of CPU and graphics performance on iPad Pro widens its lead as the fastest device of its kind. Powerful custom technologies, including a next-generation 16-core Apple Neural Engine, an advanced image signal processor (ISP), a unified, high-bandwidth memory architecture with up to 16GB of memory, 2x faster storage, and up to 2TB capacity, make iPad Pro more capable than ever. The industry-leading power efficiency of M1 enables all of that amazing performance along with all-day battery life in the thin and light design of iPad Pro.1 Because M1 shares the same fundamental architecture of A-series chips, iPadOS is already optimized to take full advantage of the powerful technologies in M1 to easily handle everything from simple navigation to the most demanding workflows. 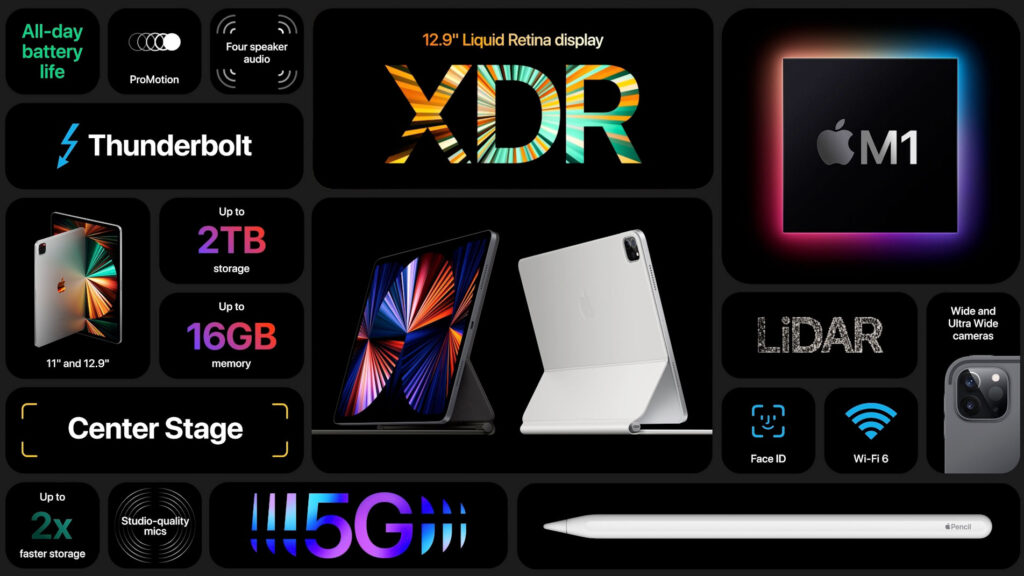 Apple today announced the next generation of Apple TV 4K, delivering high frame rate HDR with Dolby Vision and connecting customers to their favorite content with the highest quality. At the heart of the new Apple TV 4K is the A12 Bionic chip that provides a significant boost in graphics performance, video decoding, and audio processing. And with an all-new design, the Siri Remote makes it even easier to watch shows and movies on Apple TV with intuitive navigation controls. Together with tvOS — the most powerful TV operating system — Apple TV 4K works seamlessly with Apple devices and services to magically transform the living room in ways that everyone in the family will love. 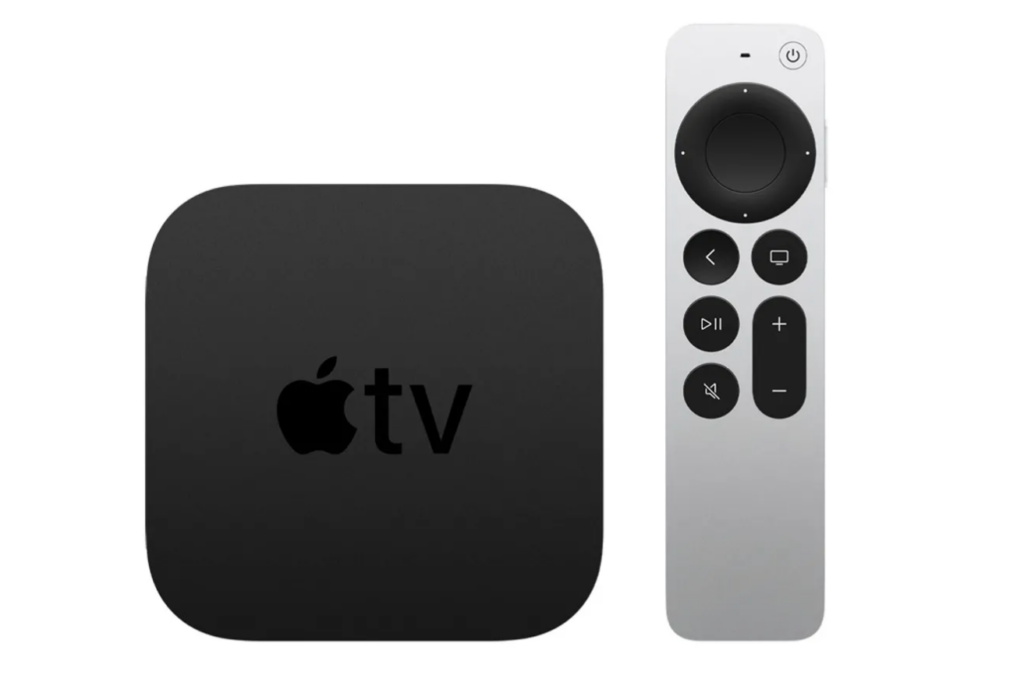 Apple today unveiled Apple Podcasts Subscriptions, a global marketplace for listeners to discover premium subscriptions offered by their favorite creators alongside millions of free shows on Apple Podcasts.
Starting in May, listeners in more than 170 countries and regions can sign up for premium subscriptions that include a variety of benefits curated by creators, such as ad-free listening, access to additional content, and early or exclusive access to new series. Listeners will be able to enjoy premium subscriptions from independent voices and premier studios, including Tenderfoot TV, Pushkin Industries, Radiotopia from PRX, and QCODE, to leading media and entertainment brands, including NPR, the Los Angeles Times, The Athletic, Sony Music Entertainment, and many more. 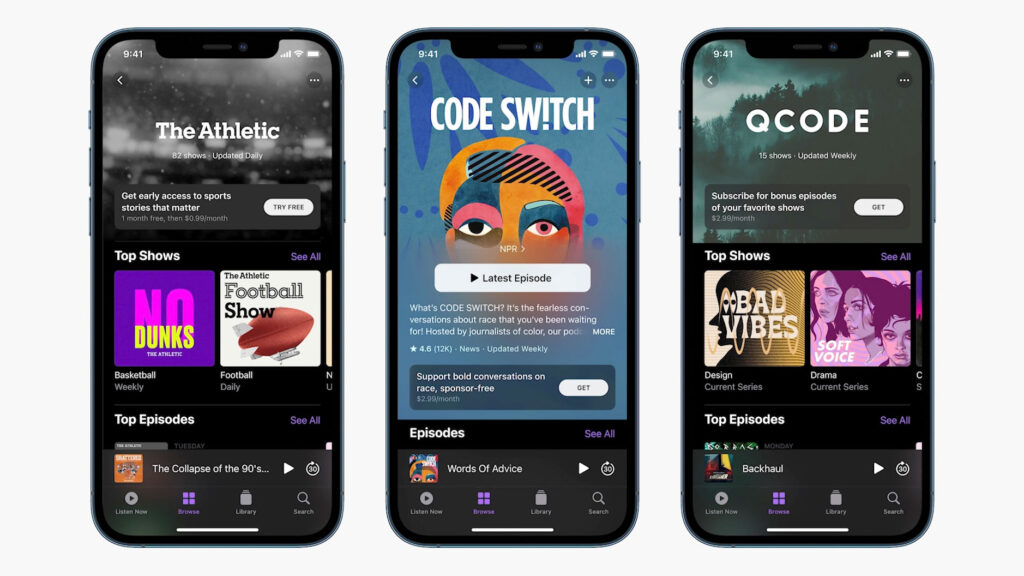 iPhone 12 and iPhone 12 mini in a stunning new purple

Apple today unveiled an all-new stunning purple finish for iPhone 12 and iPhone 12 mini. This new color beautifully accentuates the flat aluminum edges of iPhone 12, which are perfectly color-matched to the precision-milled back glass. Both models feature an advanced dual-camera system that delivers powerful computational photography features and the highest-quality video in a smartphone, with expansive edge-to-edge Super Retina XDR displays with OLED for a brighter, more immersive viewing experience, and the Ceramic Shield front cover, providing the biggest jump in durability ever on iPhone. The Apple-designed A14 Bionic — the fastest chip in a smartphone — powers every experience on iPhone 12 while efficiently managing battery life. iPhone 12 models also bring the best 5G experience, and introduce high-powered wireless charging with MagSafe and a new ecosystem of accessories that easily attach to iPhone. 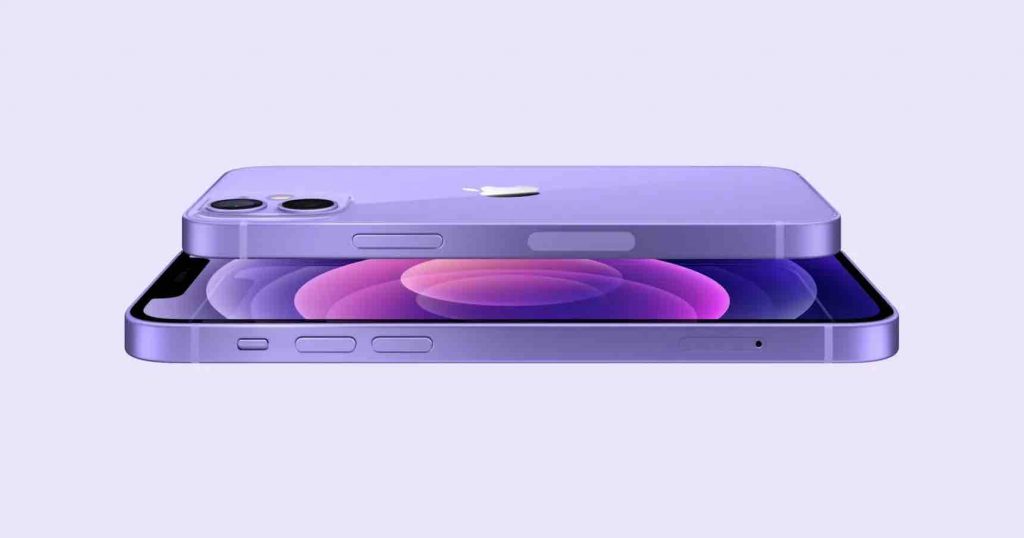