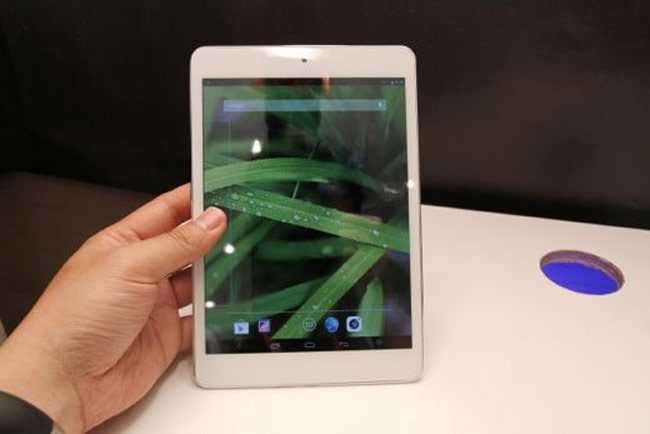 Computex 2013 is definitely a place for global exhibitors to make new product announcements. And that includes MSI which today introduced their latest entry to the mid-range tablet space, in the form of a 7.85-inch slab, dubbed the Primo 81. At this point, I’m sure you all think that it looks exactly like the iPad Mini, and there’s certainly a lot of similarities in appearance between the two, but the primary difference is that the Mini runs an iOS software, while the Primo will receive an Android Jelly Bean soul. That being said, both tablets feature the same 1,024 x 768 capacitive IPS display, made by LG, with similar version of the 1GB RAM stick, and almost identical finish and size in dimensions. But the CPU is slightly different from each other. While the Mini comes with a Dual-core 1 GHz Cortex-A9 chip inside (Apple A5), the Primo provides a fairly cheap and powerful upgrade — It has the quad-core Allwinner A315 processor. We also know there will be a 16GB capacity version for the MSI model, but can’t be sure about any other storage forms. Unfortunately, there’s still no word about pricing or availability but we’ll keep you posted as we find out more.