Samsung to Reconsider Parts and Pricing of the Galaxy Tab... 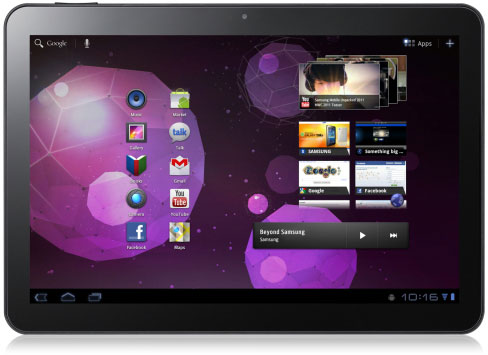 Samsung’s second-gen Galaxy Tab has already had its first appearance in public, at the MWC 2011 event in Barcelona, Spain, but the last word on that Honeycomb tablet still hasn’t been said. A lot has happened since then; Apple has officially announced the iPad 2, for one – A viable threat, that the South Korean giant couldn’t just ignore. On the contrary, in a recent chat with Yonhap News Agency, executive VP Lee Don-Joo admitted that Samsung needs to do some re-thinking as far as the Tab II inner parts are concerned, and made the pledge to “improve the parts that are inadequate” but didn’t specify what, where or when. In addition to that, Sammy’s top executive has also mentioned that his company will reconsider the new Tab pricing model, and may lower the Galaxy Tab 10.1 -inch price range, in response to the iPad 2 most attractive retail selling prices. A good step towards success.

Update: Looks like Sammy’s Honeycomb tablet will be released on schedule after all. According to Yonhap News Agency that have recently been in contact with Samsung, there are no plans to upgrade or redevelop the company’s next-gen Galaxy Tab in the foreseeable future. Perhaps in some other models.