Samsung’s YP-MB2 Android PMP Pops Up In The Wild

Hey! What’s this…A new Samsung PMP running Android OS inside? Though not official yet, it still looks and feels like the real thing for us, and judging from the rumors, it’ll probably make an official debut soon – South Korean style. For a nondisclosure price you would get yourself a 4-inch Super AMOLED display, paired with 1GHz processor, WiFi, Bluetooth, 3mp camera and last but not least – Google’s Android OS platform swiftly running inside. The name is YP-MB2, in case you wondered, and y’all should stay tuned  for more juicy details to come. 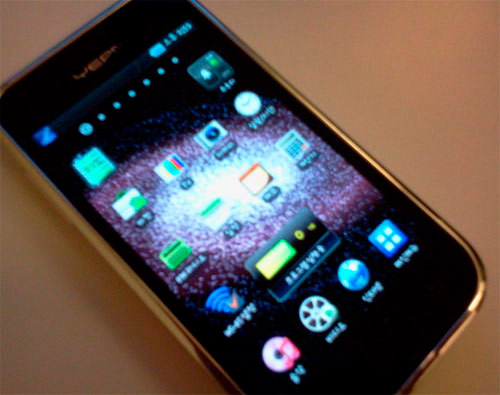