Shogo 10-inch Linux tablet Pops Up Of Freescale HQ In...

You may have heard about France based company, Realease, and its 10.2-inch kitchen tablet QOOQ, when it was first introduced back in 2009. At first, it seemed as if the French guys were mainly aiming to improve and extend your professional cuisine capabilities, but now it looks like they want to reach some other basic segments. The latest from this company is Shogo, a 10-inch multitouch (capacitive) Linux tablet, offering two Freescale CPU models, the basic i.MX37 and the faster i.MX51, both of which to share rooms with a built-in camera, three USB 2.0 ports, Ethernet, microphone and dual headphone jacks, while operated under a Linux (sluggish) webkit browser for the OS. Release date is currently set for August, at a non-disclosure price tag. Make sure you check out Carbax hands on video, right after the break. 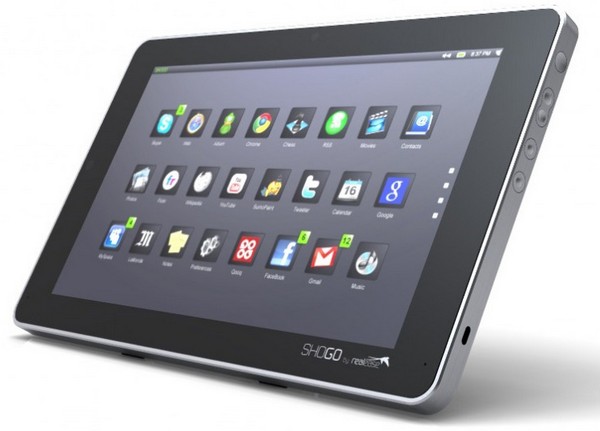