Sony has officially announced some details about the highly anticipated PlayStation 5 including release date, price, game titles and more.

The new PS5 will start at $399.99 for the Digital Edition which doesn’t include a physical disc, and $499.99 for the “regular” version that looks just the same but with Blu Ray included. Both models to arrive November 12 in selected countries such as North America, Japan, Australia, New Zealand and South Korea. Sony tweeted that the pre-orders would begin today, September 17 so you can check out this option if interested, right here

The “rest of the world” will get their chance to celebrate the new release a week later, on November 19.

The Sony PS5 will compete directly with Microsoft’s Xbox Series X and Series S game consoles that already been announced exactly 7 days before. Microsoft’s console to launch only two days ahead of Sony’s consoles for $500 and $300, respectively. 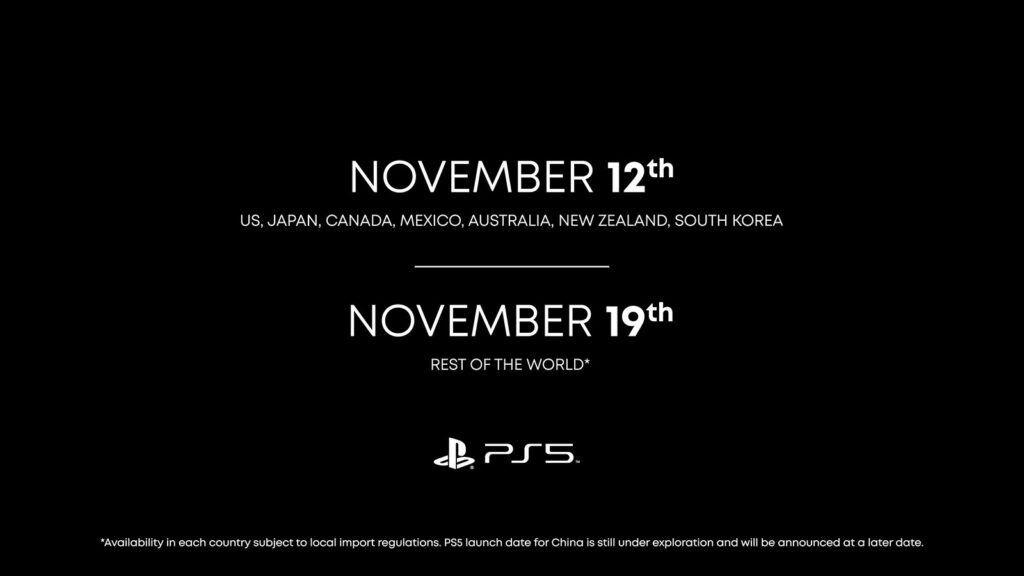 As part of Sony’s annual tradition, the company unveiled some trailers and demos for the upcoming games such as Final Fantasy XVI which already made a great impression on everyone around, as well as Marvel’s Spider-Man: Miles Morales, Resident Evil Village and more. Be sure to check out the videos below: