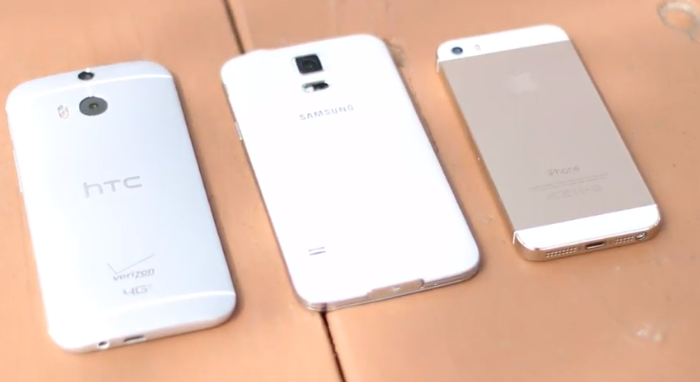 Now that both Samsung and HTC officially released their latest and greatest flagship smartphones, the Galaxy S5 and the HTC One M8, it is time to put to a test which of the phones is stronger enough to survive a random drop test. In this following video, the two has been put up to the test alongside Apple’s popular iphone 5S. Can you guess which model has managed to last longer? The answer may well suggest what would be a good investment for your money. As a reminder, the back of iPhone 5S is made of aluminium and glass, while the HTC One M8, is entirely made from a metal alloy and the rear part of Samsung’s Galaxy S5 is made from plastic. Check out the video below to see the result.