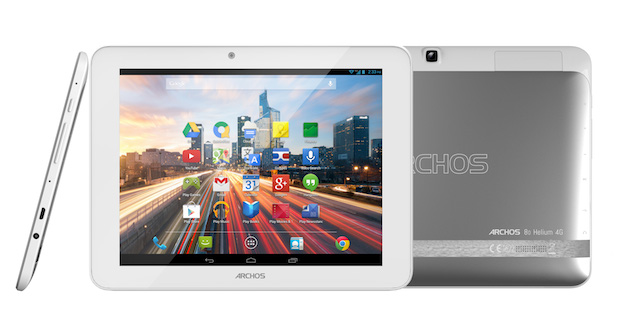 Archos has just taken the wraps off of the 80 Helium 4G tablet, an 8-inch follow-up to the well-reviewed French line of gadgets. And while, admittedly, this isn’t exactly an official announcement, the company decided to unveil the slate moments ahead of MWC 2014 where the tablet is expected to be seen for the very first time. The basic 80 Helium 4G offer is said to be featuring an 8-inch 1024 x 768 IPS screen, paired with a 1.2GHz Cortex-A7 quad-core processor, and an Android 4.3 Jelly Bean for the operating system. It will also include a 4G/LTE network support, with 1GB of RAM, a 5MP rear-facing camera capable of 1080p Full HD video capture, plus a standard 2MP front-facing shooter sitting up front. Moreover, the Helium, which is going to be priced at roughly $250, is cramming inside Bluetooth 4.0, WiFi and GPS for use with Google Maps and Navigation. We should get more details at MWC 2014.