Apple today has officially announced its latest and greatest version of the iPad tablet. The newly named iPad Air 2, which was tagged by Apple’s Phil Schiller as “the world’s thinnest tablet,” is only 6.1mm thick and about 18% thinner than the original iPad Air.

Apple says that it has sold 225 million iPads to date, and the next generation is likely to add a whole lot more to the inconceivable numbers which, by the way, are already bigger than the PC sales all together. Going back to the iPad air 2, that has the same 9.7-inch display form factor as previous models (2048 x 1536 pixel resolution), only with a new A8X processor, which Apple says is 40 percent faster, has about 3 billion transistors and bags about 2.5x faster graphics performance than the previous iPad Air.

The camera on the iPad air 2 is also getting an upgrade in the form of a 8-megapixel iSight shooter with 1.12 micron pixels, f2.4 aperture and a whole new image processor on board. You can basically take 43mp panorama images with it and shoot some beautiful timelapse footage as well as Slow Motion videos and more. In addition, Apple will offer some cool editing software like the Replay and the Pixelmator. Moreover, the new tablet includes the M8 coprocesor that will track your motion whenever you go, as well as a better battery life with up to 10 hour per day. Apple says the iPad Air 2 has faster data transfer rate on Wi-Fi thanks to the new 802.11AC with MIMO support. And finally, the latest addition – An integrated TouchID fingerprints sensor that will work exactly the same as it does on the iPhone. 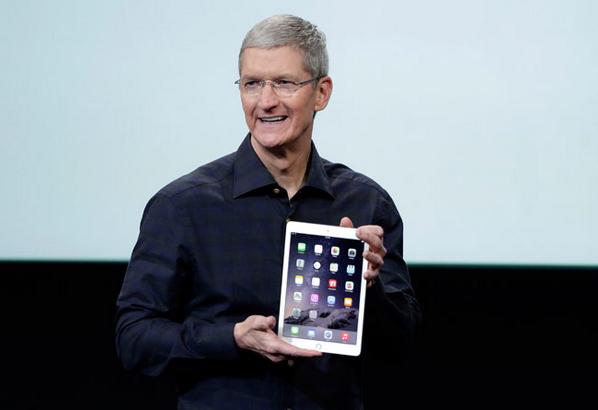 The iPad Air will be available in silver, space grey and gold flavor options in the following storage/pricing configurations: 16GB ($499), 64GB ($599) and 128GB ($699). The cellular/LTE version adds $130 to those prices. Apple is also reducing the prices of some of its previous lineups with the iPad mini, iPad mini 2 and iPad Air first generation to start at $249, and go up to $299 and $399, respectively. All of the new iPads will be shipping with iOS 8.1, while pre-orders to start tomorrow and the shipping to begin by the end of next week. 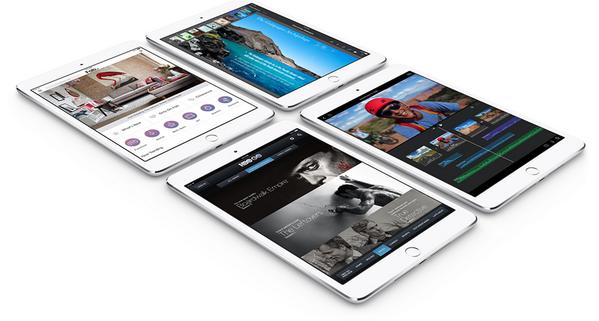 Apple has also revealed the iPad Mini 3. The third generation of the 7.9-inch tablet appears to remain pretty much the same from the outside look with the single exception of a new Touch ID sensor. Yes, the smaller Retina tablet device will also be housing the Apple fingerprint ID security scanner on the bottom, along with a 5-megapixel iSight camera and with the same A7 processor inside. While a relatively modest upgrade, you cannot help but appreciate the company’s efforts to provide all the users with the latest and greatest technology available. The Mini 3 will come with your choice of silver, space gray, and gold color options with pre-orders starting tomorrow (and shipping next week), at $399 for the 16GB version, $499 for 64GB and $599 for 128GB. 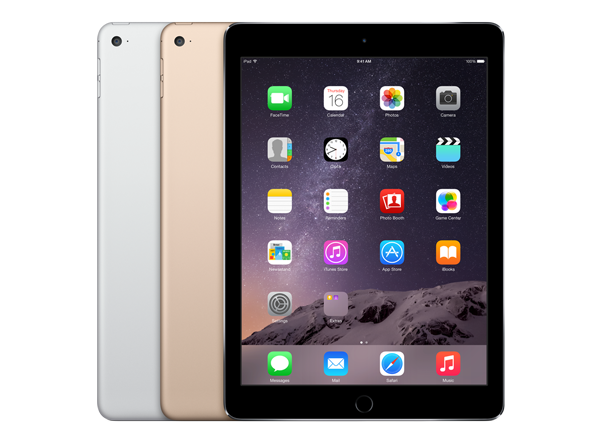 Here’s the full video of the event: http://bit.ly/1vA9ROJ