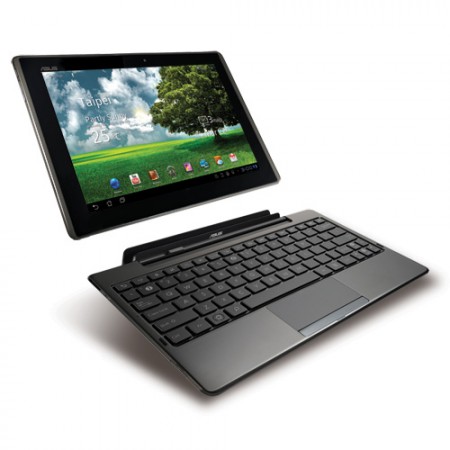 The new ASUS Eee Pad Transformer has already kicked off in Europe one month ago, and is now proceeding in North America. The 10.1-inch Transformer which has an IPS display panel under the lid alongside a 1280 by 800 HD screen resolution on top of it, comes in a variety of flavors and is said to be available for retail purchasing on Tuesday, April 26th, with prices starting at $399 for the 16GB model, while the 32GB version will cost you $499 – exactly like a WiFi only iPad 16GB model. As for the docking station – Well…I guess it will set you back roughly an extra $150 above base price, which seems quite attractive, isn’t it?

Update: And looks like the Asus Transformer US release day has been an overwhelming success so far. The $400 10.1-inch Honeycomb device is now officially “sold out” online both in Amazon and Best Buy. Well, that makes a lot of sense considering the overflowing amount of excitement that we keep hearing from many tech fans.