Asus To Launch a Sharper and More Powerful MeMo Pad... 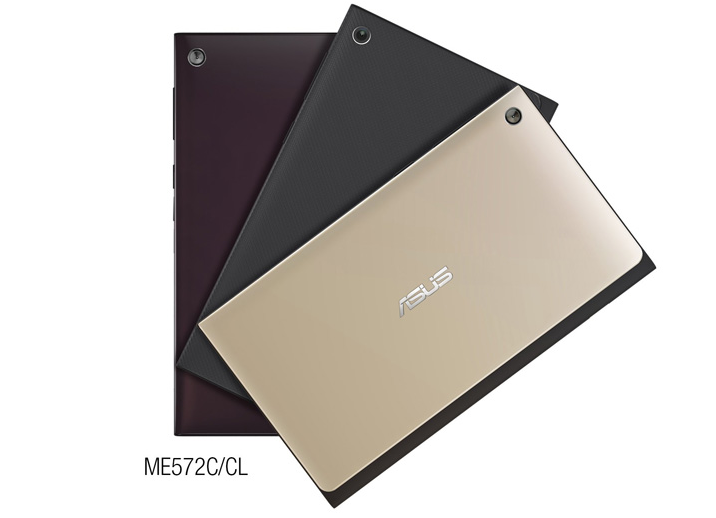 IFA in Berlin is just around the corner and Taiwanese electronic giant, Asus is already gunning for everyone else with a new iteration of the popular Memo Pad 7. First and foremost, I have to admit that I personally own this one particular device myself, and truly love it. However, while the former model was featuring less pixels at 1280 x 800 screen and a relatively sluggish ARM Cortex-A7 processor under the lid, the latter excels in all relevant hardware specifications, from the new 1.83GHz quad-core Z3560 Intel Atom chip onboard to the super stunning 7-inch display with 1,920 x 1,200 pixel resolution and 323 ppi.

The new Memo Pad 7 measures in at just 8.3 millimeters and weighing only 269 grams. The Android 4.4  KitKat tablet, which comes loaded with the ZenUI interface and is known as model number ME572C/CL, said to be equipped with 2GB of RAM, your choice of  16GB or 32GB of internal storage, optional 4G LTE wireless connectivity, and a MicroSD card adapter for extra memory if needed. In addition the upcoming slate, which is expected to go on sale “in the next few weeks” in the UK, and will cost around £179 (around $260) for the 16GB version, also features a 5MP rear camera, a 2MP front-facing camera and SonicMaster-enhanced stereo speakers.

Design wise, If you are interested in looking at this part, the tablet feels well-designed and very expensive, if you will. You get this delicate and trendy purse-like shape all over the place, with some stylish fancy colors (such as champagne gold, black, or burgundy) coating on the back of the tile.

The Asus Memo Pad 7 is a neat mini tablet that attempts to compete with the iPad Mini and the Google Nexus 7, but at a much lower price. If it can do that, it should succeed because the need for a good budget tablet will be there.

Hit the play button to watch the video