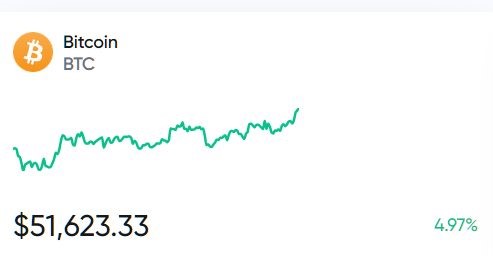 Ladies and gentleman, the inevitable has finally taken place with the Bitcoin officially surpassing $50,000.

The cryptocurrency market has been volatile since its early days, but Bitcoin has shown consistency and progress on its way to the holy grail of $50K.

Bitcoin’s market cap has grown past world’s largest financial institutions, such as JPMorgan Chase and Bank of America, and is close to reaching 1 trillion dollars. with the price of 1 bitcoin now at merely $50,245.

“Good morning to everyone except the people who said Bitcoin would never reach $50,000” @APompliano 😂

Bitcoin has been very active lately and seems to be taking over the mainstream with the recent Tesla announcement that it has invested over $1.5 billion in the digital currency and would start accepting bitcoin as a payment method for its products when the powerful B has seen its price close in on the milestone.

In addition to that, Mastercard will also begin facilitating cryptocurrency transactions during 2021. 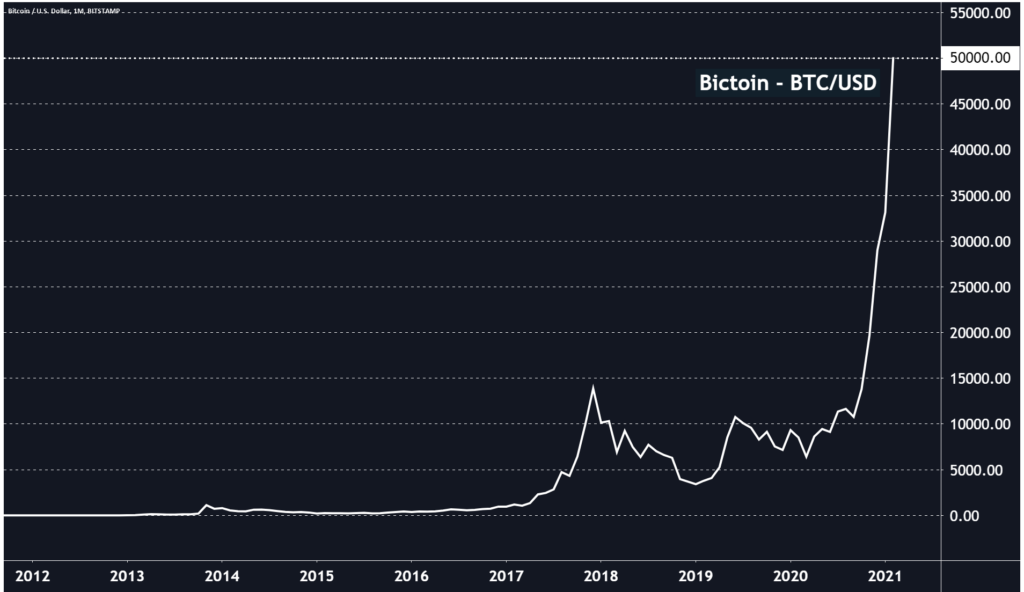