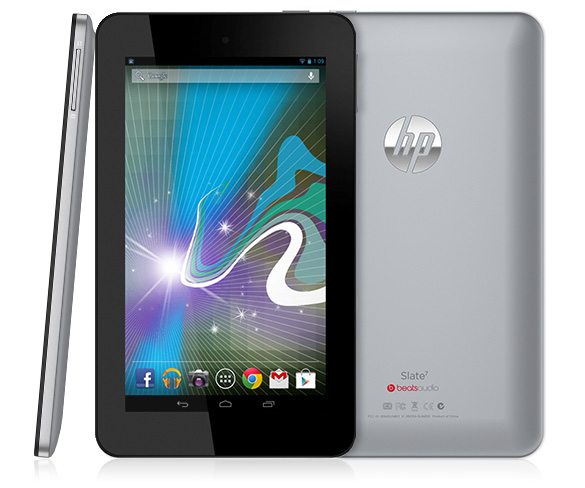 HP has already announced plans to release a 7-inch Android tablet sometime this year, after its first webOS device, the TouchPad, failed to make a dent in the market. Now, the company seems to be ready to fight back, and grab a little market share from popular players like Apple’s iPad Mini, and Google’s Nexus 7. The product, which the US hardware maker is going to actually role out, is set to have a UK release on May 1st, with a tiny £129 price tag, and a formidable list of internal specs, including a 7-inch 1024×600 display, 1GB of RAM, an ARM Cortex A9 dual-core 1.6GHz processor, 3.15MP plus 0.3MP cameras, and Android 4.1 Jelly Bean for the tablet OS. With the new Slate 7, we’re also looking at 8GB of storage (expandable up to 32GB via microSD), Red or Silver hues at your choice, and integrated Beats Audio software. Those who are looking to be the first to have this one within the European boundaries, can officially pre-order the slab from HP’s UK online store, right away. There’s still no word when you will be able to get this one Stateside.