Is This Samsung’s Next Galaxy Tab 4 Tablet? (Update: Confirmed) 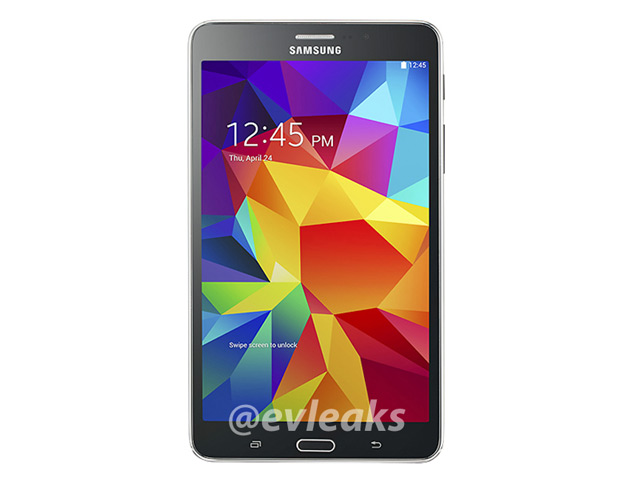 Serial leaker @evleaks has recently unveiled what is believed to be the next generation of Samsung’s mid-range Galaxy Tab iteration, the Galaxy Tab 4 — a great compliment to the company’s next 10-inch Galaxy Tab slate, which has just passed through the FCC  today (dubbed as SM-T805), featuring a 10.5-inch display, as well as 2,560×1,600 screen resolution, Android 4.4 KitKat for the OS, and your choice of either Wi-Fi, 3G, or LTE models. The 8.4-inch Galaxy Tab version, which appears to go under the SM-T801 moniker, is likely to come with that similar gigantic 2,560×1,600 resolution, paired with a Samsung Exynos powerful processor and a minimal amount of in-screen bezel. More details to follow soon. 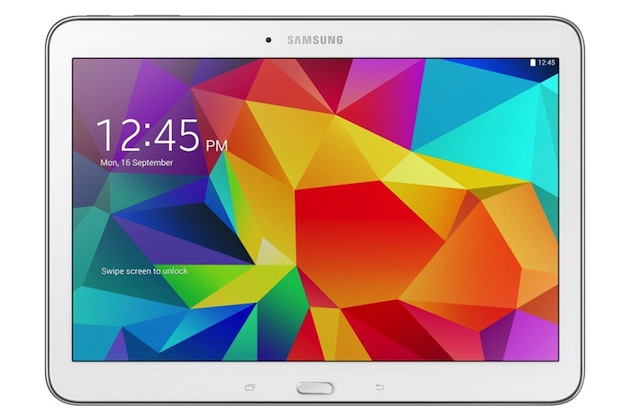 Update1: Samsung has officially confirmed the new batch of Galaxy Tab 4 devices, featuring the 7-inch Galaxy Tab 4 7.0, 8-inch Galaxy Tab 4 8.0 and the 10.1-inch Galaxy Tab 4 10.1, and with a list of system specifications that includes a 1.2GHz quad-core CPU, 1.5GB of RAM, 16GB of internal storage, duo cameras at the 3MP and 1.3MP shooting range, Android 4.4 KitKat for the operating system, MicroSD slot, and LTE Category 4 standard support. The Tabs are scheduled to come out sometime this quarter in black or white hues.