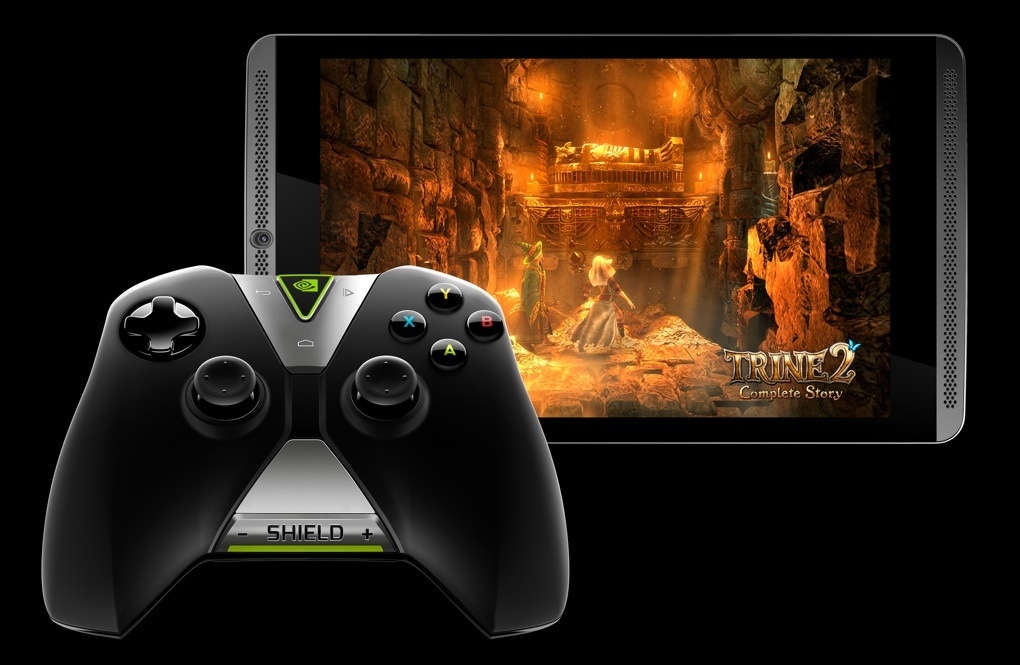 Gaming company Nvidia has already been rumored to be developing a new gaming focused slate that could be running a Quad-core Tegra K1 processor inside as well as 2GB of RAM and a 7.9-inch screen display. While still unofficial, a leak courtesy of @evleaks seems to confirm the word on the street. So far, Nvidia was offering the Tegra Note 7 tablet as a way to highlight its Tegra 4 processor (which hasn’t been a huge success, btw) but now the company is looking to expand with more richer gaming experience and improved entertainment value of game (thanks to the  Unreal Engine 4 capabilities).

A quick look at the picture above suggests that Nvidia’s next-gen Shield successor will probably be available in a gunmetal grey color, covering a front-facing VGA camera as well as a nice pair of stereo speakers along the top and bottom of its panel. The new device, which will run under an Android platform, is expected to launch before the end of the year. 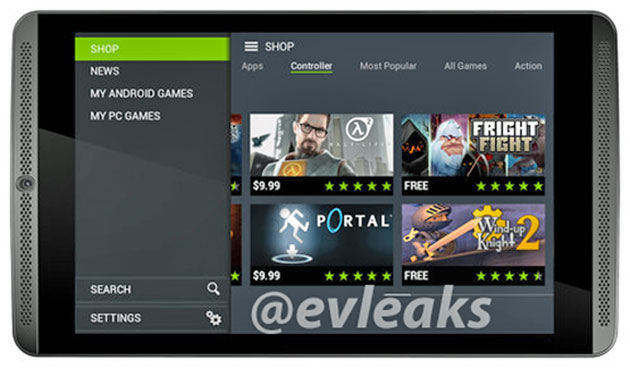 Update1: Nvidia’s shield tablet is going up for sale in the US and Canada on July 29th, and in Europe on August 14th, with prices starting at $299 for the basic 16GB wifi-only model, and up to $399 for the 32GB device, including LTE 4G support. The gamepad accessory is another $59.

Update2: Now with an official video: and full specs: