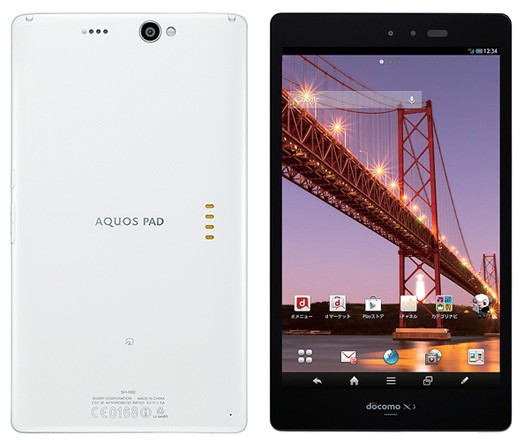 The mid-range segment has already become the mainstream of the tablet market. All of a sudden, it seems that everyone wants to get involved and be part of it, and so does Japanese telecom giant NTT DoCoMo that has recently revealed a 7-inch chap, known as the Sharp Aquos Pad SH-08E. And if you think this machine isn’t powerful that’s just not true. Well, for starters this isn’t your average Android 4.2 device, but a super-fast Pad, you’re looking at, with a 1.7GHz quad-core Snapdragon 600 processor under the lid, a 4,200mAh battery, and native 1,920 x 1,200 of high-res IGZO display. Not enough? you’re also getting an 8.1-megapixel rear facing camera, tucked with a 2.1-megapixel shooter on the front. There’s also WiFi, NFC, an integrated TV tuner, and LTE band support. The body itself is made out of waterproof material, so you don’t have to worry about dropping it in water. What you may have to worry about, though, is the price, but it hasn’t been disclosed yet. What we do know, however, is that it will be available in Japan, sometime before the end of July.