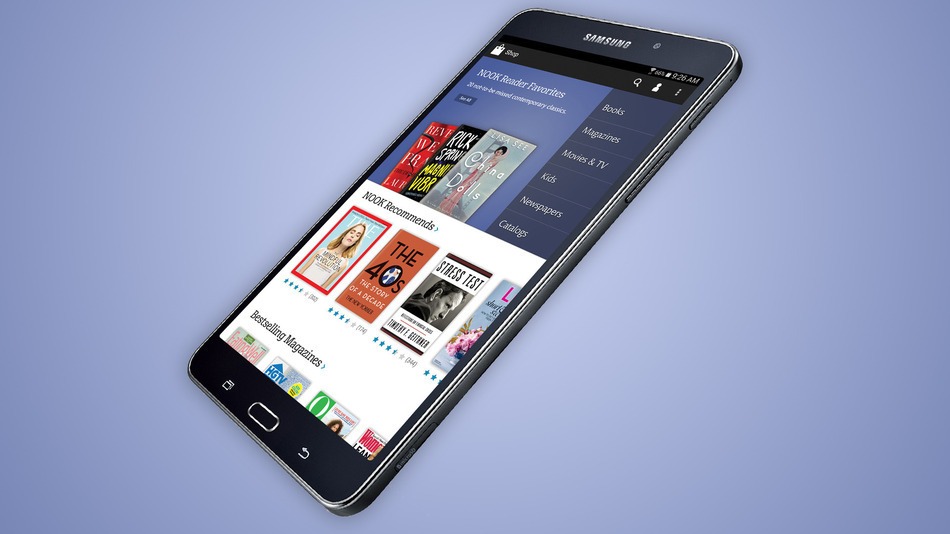 It’s been a while since we’ve last heard anything new from Barnes & Noble , but the company has certainly been putting its time to good use with a big update to its tablet lineup. The popular bookseller has just announced a new partnership with Korean hardware giant, Samsung. The two companies have signed a new strategic agreement that will help them build the Samsung Galaxy Tab 4. As per these, Samsung will be making the hardware, and B&N will provide the Nook software which will come pre-installed with the 7-inch slate.

And speaking about specs, what we know so far is that the upcoming mid-range device is likely to include a 7-inch display with 1280 x 800 resolution, powered by a 1.2GHz quad-core processor, as well as 1.5GB of RAM, your choice of 8GB or 16GB of internal storage, a pair of integrated cameras (rear & front) and additional storage with a microSD card slot.

The co-branded Galaxy Tab 4 NOOK is said to be sold both in B&N stores and online at BN.com starting this August, with prices yet to be disclosed.

Update: Barnes & Noble officially launches the Galaxy Tab 4 Nook with prices starting at $179 and features that include a multi-window/tasking mode and an homescreen widget with recommended reading lists.