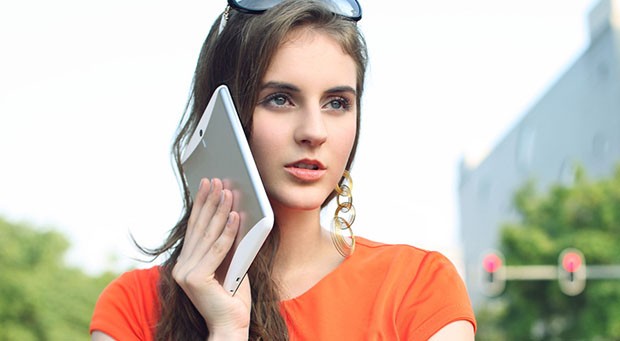 Chinese electronic corp. Huawei is on a roll these days. They have recently launched their flagship Ascend P6 smartphone, and now they’re announcing a new iteration to the MediaPad 7 tablet, called the MediaPad 7 Vogue. Now, before you jump to conclusions and assume this is another mid-range slab with just an ordinary 7-inch display and regular specs, keep in mind it has a voice calling feature which practically differentiate this tablet from many of the sub 10-inch devices. Not only does this slate let you make free audio/video calls, but you can do so over 3G networks as well (same as the ASUS FonePad or Samsung’s Galaxy Note 8.0 do). 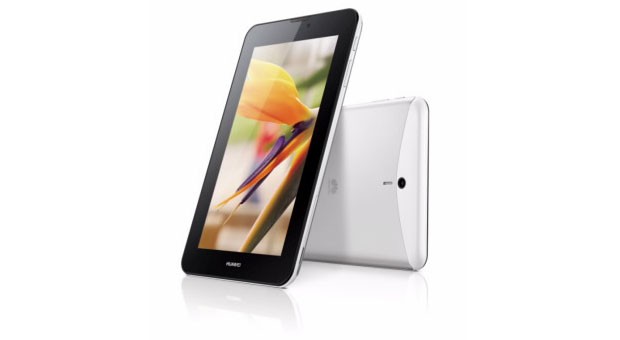 Other than that, however, the Vogue is offering your typical Android tablet hardware with a quad-core Huawei 1.2GHz Cortex-A9 processor running under the lid, as well as 1GB of RAM, 8GB of storage (expandable up to 32GB via microSD slot), a 1,024 x 600 IPS screen, plus a 0.3-megapixel shooter on the front, and a 3-megapixel rear-facing camera with 1080p camcorder at 30 frames per second. The tablet houses an Android 4.1 Jelly Bean for the OS, and has a 4,100mAh battery for roughly 6 hours of continuous work. While there is no official word about a US release, the tablet is said to be launching in China later this month, and in Europe, sometime in July, priced at about $590 USD.

All the functionality of a tablet, smartphone, and entertainment center, in one stylish package

[Shenzhen, China, 24 June, 2013]: Huawei, a leading global information and communications technology (ICT) solutions provider, today launched the HUAWEI MediaPad 7 Vogue, the latest in Huawei’s range of products that make great technology accessible. With a 7-inch display, aluminum unibody and quad-core processor, the MediaPad 7 Vogue provides the perfect mix of functions from a tablet, smartphone and entertainment center in one stylish and portable device.

The HUAWEI MediaPad 7 Vogue boasts a built-in receiver for direct calling capabilities that remove the need for headphones. It features a powerful quad-core 1.2GHz processor CPU and 16-core GPU, fluid 3D gaming and 1080p full HD video playback. The 3G module supports DC-HSPA+, and downlink speed can reach up to 42Mbps, and the Wi-Fi connection supports 802.11b/g/n for fast streaming of movies or videos. MediaPad 7 Vogue also features a 4100mAh Li-Polymer battery and Huawei’s proprietary power-saving technology, enabling playback of four HD movies or more than 20 hours of continuous calling on one charge. The MediaPad 7 Vogue’s antenna performance is top-class, exceeding most operator standards in the US and Europe.

With its strong and sleek aluminum metal unibody design, the MediaPad 7 Vogue is ultra light and compact at just 9.5mm thin and weighing only 335g. Its 7-inch capacitive 1024 x 600 (IPS) multi-touchscreen with full view-angle and vivid display, offers a dazzling visual experience to bring your photos and videos to life.

Offering seamless connectivity, the MediaPad 7 Vogue’s Micro USB port is compatible with a full-range of accessories including an external keyboard, mouse and USB flash disk, while the Bluetooth, Wi-Fi, and Airsharing functionalities allow for swift content sharing wherever you are.

The MediaPad 7 Vogue comes in black and white and will be available in China this month, with other markets to follow.