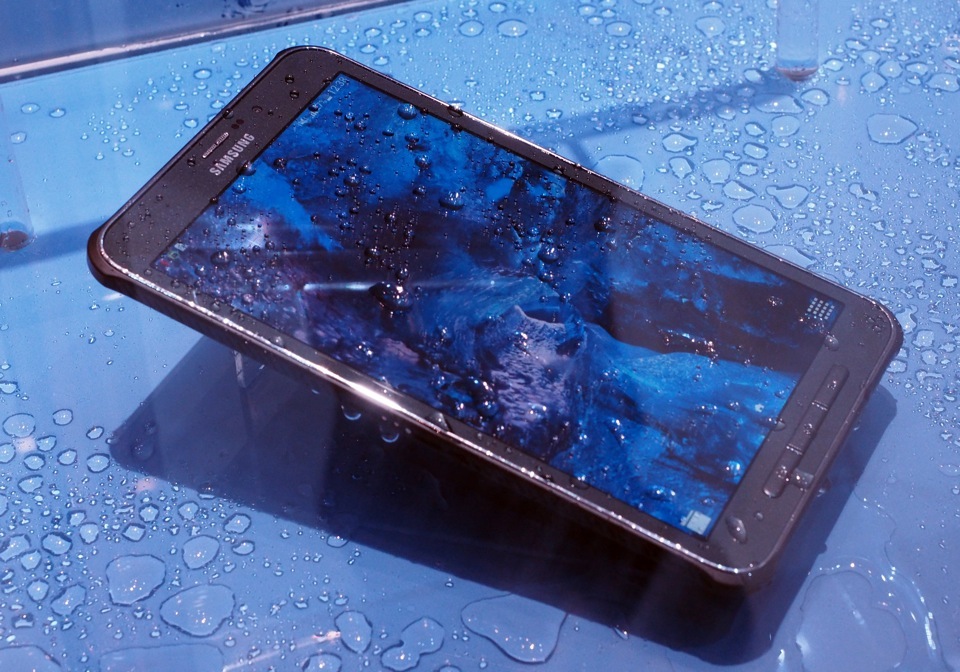 You didn’t really think we’d have a European electronic show without a new Samsung gadget, did you? The Korean giant announced Thursday morning a new Android tablet at the annual IFA 2014 press event. This isn’t your regular tablet that just has a touch interface like all the rest you can buy these days. It is an 8-inch, ruggedized slab iteration of the Galaxy Tab, with a water and dust resistant proof around, which aims to lure enterprise users away from Apple iPads. The new slate, that comes pre-loaded with Samsung’s Knox security program is being described as a tablet with a tougher C-Pen stylus attachment and a protected cover which can withstand against a 1.2 meter drop. It packs a 1.2GHz quad-core processor under the hood, along with 1.5GB of DDR3 RAM, a 1280×800 LCD display, 16GB of internal storage, and a microSD card slot expansion (up to 64GB),

the slate which goes by the name Galaxy Tab Active, also includes a 3.1 megapixel rear camera to bring out the photographer in you, as well as a front-facing 1.2 megapixel camera that’s perfect for Skype calls with colleagues and friends.

Price and availability are yet to be determined.

The Galaxy Tab Active represents Samsung’s commitment to meeting customer needs. In order to learn what business leaders wanted from a mobile device for optimal performance and efficiency, Samsung engaged in a series of advisory group workshops with Fortune 500 companies. The top companies across vertical markets, such as retail, logistics and transportation participated, providing valuable feedback that went directly into the development of the Galaxy Tab Active.