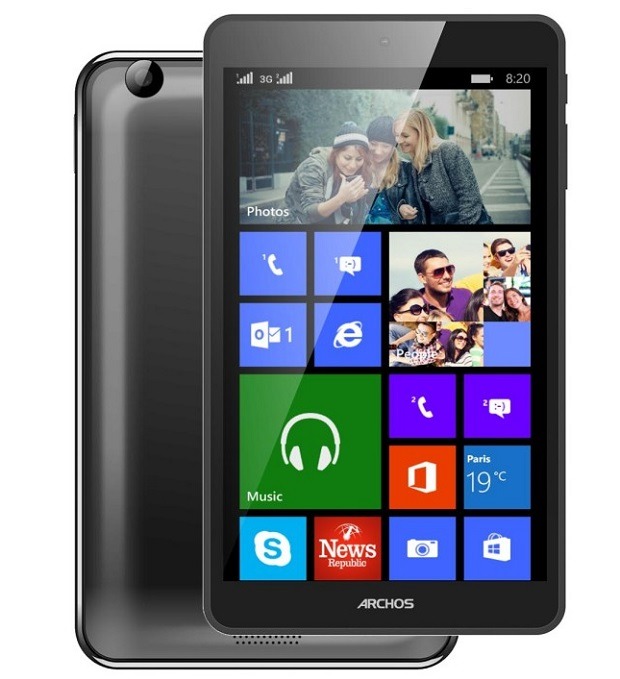 French hardware maker Archos is making its first foray into the Windows tablet market with a new device called the 80 Cesium that features an 8-inch display with an 1200×800 resolution and a 1.2Ghz Intel Quad-core processor. The new slate, which the French corp describes as “the user experience of your desktop on the go” is said to be available sometime in October with attractive prices that will start at $149. And while most details are scarce at the moment, we are told that it’ll boast the usual wifi and bluetooth connectivity, as well as a micro-USB input and integration of accelerator and proximity sensor components inside. The images also indicate that front- and rear-cameras will be present on the device, though it is still unclear about the specs and features completely. The software platform under the hood is Windows 8.1, that’s for sure, and we hope to hear more details about it at IFA.